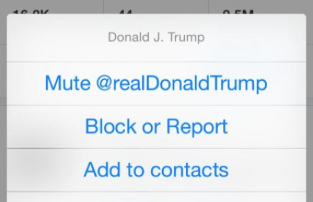 Ever want to just stop seeing someone’s tweets—without being so rude as to unfollow or block them?

Likely many users have felt this. At least enough of them for Twitter to introduce a solution to that pain.

Spotted by @missamber on Twitter, some users have been given a “mute” option, which apparently stops that person’s tweets from appearing in your stream without actually blocking them.

It’s not exactly a new feature for Twitter as a platform, though; users of Tweetbot and Tweetdeck, for example, have been able to mute users for a while.