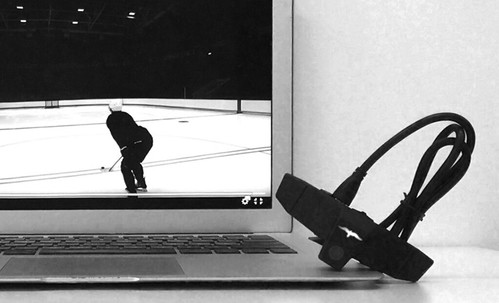 U-HWK has announced its first product.

The U-HWK Show is a sportswear action camera that allows athletes to capture in-game, point of view footage. It is customized to fit seamlessly with the athlete’s equipment across several different sports including basketball, baseball, football, hockey, and tennis, according to the Toronto-based company.

The product has a patented mounting system that is lightweight and flexible with no profile, allowing the camera to absorb impact in physical conditions and remain flush with the helmet, says the Canadian startup.

“We have seen consistent advances in the way athletes prepare themselves physically to optimize performance,” says Shea Kewin, cofounder of U-HWK. “The U-HWK Show amplifies skill sessions and post-play video analysis along with highlight reels that boost confidence, especially in young athletes, so that is meaningful to us.”

U-HWK is launching a Kickstarter campaign with a goal of $40,000 to raise funds for its first run of manufacturing. The product, set to ship in January, will cost $249.