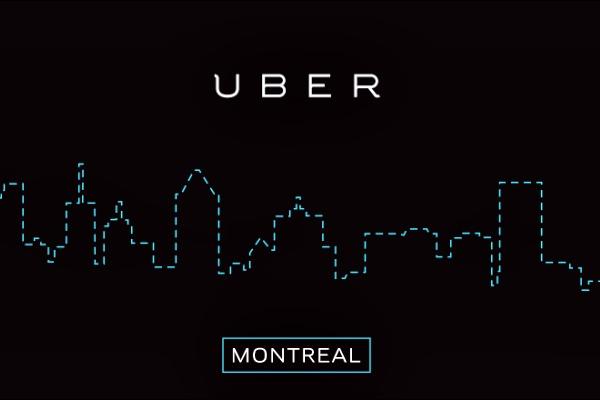 Uber says it won’t let a crackdown by authorities in Montreal drive it out of the city.

At least two UberX drivers in Montreal recently had their vehicles seized by authorities, according to a report in the French-language newspaper La Presse.

But Uber says it won’t be intimidated.

“Montrealers are clamouring for more and better transportation options and we remain committed to operating in the city,” Xavier Van Chau, Uber’s communications lead for Canada wrote in an email to Techvibes.

The move comes several weeks after Quebec’s Transport Minister, Robert Poëti, described UberX as an illegal form of transportation and said he was planning to give Montreal’s Taxi Bureau the power to seize vehicles. Provincial law in Quebec has allowed taxi bureau inspectors to issue fines, but they’ve been required to get police backup in order to effect a seizure.

The two UberX driver who’s vehicles were seized also received fines, according to La Presse. While the amount has not been revealed, driving a taxi without a license in Quebec carries a fine of between $350 and $1,050.

The Montreal Taxi Bureau has taken some pride in its enforcement effort. In a newsletter published last spring, inspector R. Hevey wrote, in French, that the bureau’s investigation and patrol units had been working hard to counter the “plague of illegal transport that infests the territory of the Island of Montreal.”

Uber has a different take.

“Costly enforcement operations only hurts the consumers that have been asking for expanded transportation choices,” Van Chau, says. “Uber stands behind our driver partners, supporting them financially and otherwise.”

According to the La Presse report, Uber has promised help the drivers fight the case in Montreal municipal court and will pay their fines if they lose.

“We believe that a collaborative process to truly understand the nature and benefits of ridesharing would better serve the interests of Montrealers,” Van Chau said.

It has taken steps to work with the province, meeting with minister Poëti in December.

Fines aren’t the only challenge Uber faces in Montreal. A local lawyer, claiming to represent the city’s 11,000 taxi drivers, is attempting to file a class action lawsuit against the company.

A call to Montreal’s Taxi Bureau was not returned by press time.

Update: Benoit Jugand, the director of Montreal’s Taxi Bureau confirmed that the two vehicles were sized on Jan. 9 and Jan. 20. He says the seizures were made by taxi inspectors during their normal duties and were not part of an operation specifically targeting Uber.

“This is not a new phenomenon,” Jugand says. He points out that the bureau had 34 vehicles sized last year in connection with unlicensed taxi services that were not connected with Uber.

But an investigation into Uber and UberX is ongoing, Jugand says, and more seizures could happen. “We apply the law and the bylaws in Montreal,” he says.