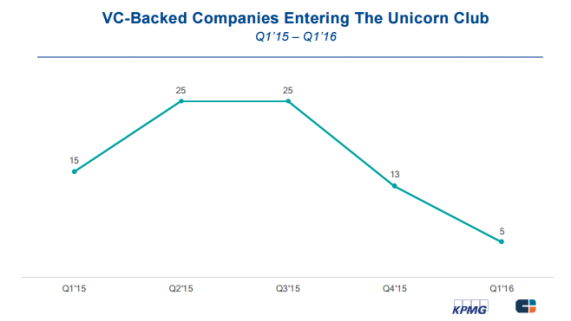 Fewer startups in North America are hitting the fabled “unicorn” valuation of a billion dollars in 2016, new data shows.

A new report from KPMG International and CB Insights suggests five companies became unicorns in the first quarter of 2016, a much smaller number than any quarter last year.

Funding is down, too—8% globally over the prior quarter. 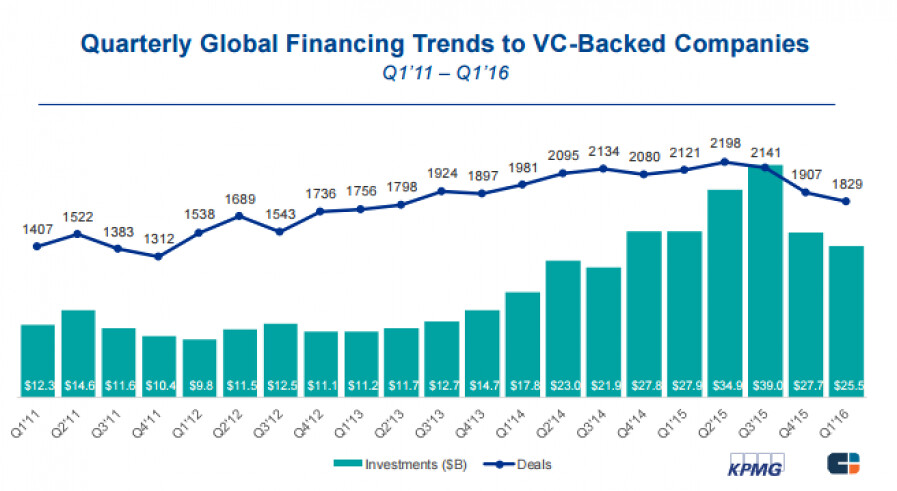 Experts suggest there has been a “correction” in the market, particularly in Silicon Valley, and that we will now see lower valuations overall as investors tread with more reason.