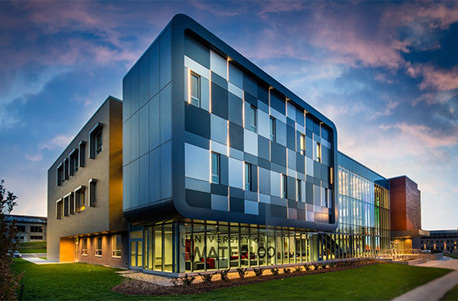 Students, game designers, developers, educators and industry leaders will join forces this weekend at the University of Waterloo Stratford Campus to compete in developing a one-button video game.

The inaugural Game Design Camp will provide a hands-on experience in game design and commercialization. Racing against the clock, teams will be challenged to develop, design and test a one-button game for future development.

A panel of experts will judge the final designs and the top five teams will be awarded team prizes valued more than $2,600. The winning team will receive support and services from the Stratford Accelerator Centre to further develop their game.

Professor Jane Tingley will lead the camp alongside a team of UX, UI, interactive designers and successful entrepreneurs, including David Debono of Boom Gaming, a graduate of the Accelerator Centre program.

“The Game Design Camp will provide participants with the opportunity to explore an idea for a one button game and develop its commercial potential and marketability,” said Tingley.

The Stratford Accelerator Centre partnered with the University of Waterloo Stratford Campus and Games Institute for the camp which received funding in partnership with the Canadian Digital Media Network, a federal Centre of Excellence in Commercialization and Research.

“This camp is an amazing opportunity for the participants to collaboratively create something unique, have access to a variety of industry experts, and learn new skills,” said Becka Borody, Manager, Operations, at the Stratford Accelerator Centre.