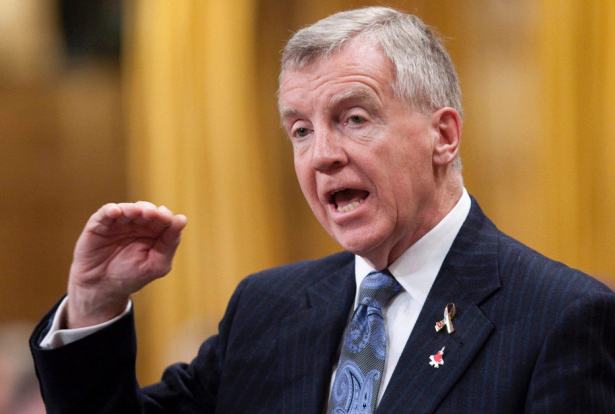 Just weeks before questioning the patriotism of some of Canada’s most successful tech companies, a Conservative member of parliament said he preferred dictatorships to democracy.

Last week, MP Laurie Hawn accused the CEO of companies like Hootsuite, Shopify and Slack of profiting off of terrorist propaganda and suggested that had motivated their criticism of a new bill that will expand the powers of Canada’s spy agencies.

The comments came during a House of Commons debate on the proposed law, Bill C-51, and were made in reference to a open letter signed by 60 business leaders from Canada’s tech industry, a group that included the heads of some of Canada’s most successful tech companies and venture capital firms, including HootSuite’s Ryan Holmes, Slack’s Stewart Butterfield, and John Ruffolo of Omers Ventures.

But that’s not how the Member of Parliament for Edmonton Centre appeared to see it.

“I would suggest that if websites providing content, hosting services or other business are profiting from the dispersal of this type of horrific material, they should seriously reconsider their business model and lack of commitment to the values that bind us as Canadians,” Hawn told the House.

On Thursday, Hawn appeared to be backing away from the implications of his comments, writing on Facebook that his intention “was not to question the loyalty or values of any particular company or group of companies in Canada … I could have chosen my words more carefully. For that, I apologize.”

However, Hawn seemed less apologetic when he told the National Post that his comments were misinterpreted.

“That’s why the word ‘if’ was in there, but people chose to ignore it,” the paper quotes him as saying. “If you read it carefully, I wasn’t saying they were doing it, I said if anybody is doing it,”

In March, he told the House of Common’s Foreign Affairs Committee that “the best form of government, in my view, is a benevolent dictatorship.”

He then went on to say that Mswati III, the King of Swaziland and one of the few remaining absolute monarchs in the world, “sounds like he might be one of those” benevolent dictators.

But no one else appears to think the King of Swaziland is a benevolent dictator. According to Human Rights Watch, “years of extravagant expenditure by the royal family, fiscal indiscipline, and government corruption have left the country on the brink of economic disaster.”

While 60 per cent of the people in Swaziland get by on less than $1 a day, the king’s household officially received $61 million out the national budget in 2014, according to a report in The Guardian. Other reports suggest that due to widespread corruption, even more money goes to the king who personally controls much of the economy.

The country has also used an anti-terrorism law to stifle free speech and arrest dozens of peaceful government critics.

“Political parties are banned from participation in elections and many pro-democracy organizations have been deemed terrorist entities by draconian counter-terror legislation,” according to Amnesty International.