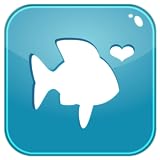 Vancouver-based online dating site PlentyofFish is being sued by the parents of a dead American soldier. The parents say that their son’s photograph was used for online personal ads four years after he was kill in Iraq. But POF does not necessarily agree.

POF, which was recently named one of the world’s most valuable startups, says the lawsuit is a nonstarter. Spokesman Paul Bloudoff told The Canadian Press that the company did not advertise online in America in December. He also noted that “hundreds of thousands” of third parties advertise via POF every month, and that the company does not control or monitor the content of the ads.

Even though the Vancouver business is not at fault, it has blocked the ad from its network as a favour to the grieving parents. “We dealt with this matter a month ago,” Paul stated in an email. “In our opinion, this case should not have been filed.”