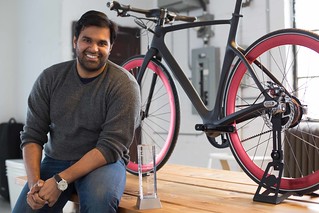 Vanhawks this week announced it has secured $1.6 million in seed funding.

The seed investment positions the Toronto-based a hardware tech compan to acquire talent and accelerate development and production of its flagship product, the Valour.

“Over the last 12 months, we’ve been designing and developing an amazing commuter bicycle that has resonated with new and enthusiast cyclists alike,” said Sohaib Zahid, co-founder and CEO of the Canadian company. “We are now poised to finalize and accelerate the production of the Valour.”

“Vanhawks has already captured the hearts, minds and imagination of people from all around the globe by bringing to life the bike of the future. Real Ventures is enthused to back an exceptional team that is transforming a slow moving industry and has the potential to fundamentally change how the world commutes,” said Alan MacIntosh, General Partner at Real Ventures.

Vanhawks was named 2014’s Accelerator Graduate of the Year at the Canadian Startup Awards.