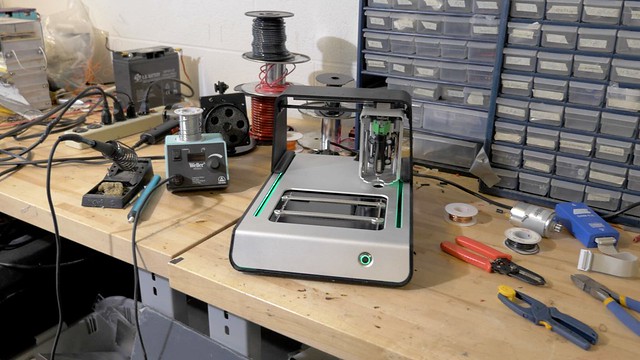 Waterloo-based Voltera has blown past its $70,000 Kickstarter funding goal, reaching $223,149 (more than 300%) since Tuesday for its instant circuit board prototyping machine.

It’s no mystery why. Product iteration is the holy grail for startups, and Voltera just invented warp-drive for hardware makers by reducing the time it takes to prototype a circuit board from 21 days to 1.5 hours.

But here’s another big reason why Voltera’s campaign was so successful: credibility. The black plague of crowdfunding are successfully funded projects that never deliver and burn through the cash, leaving backers without pre-ordered products or refunds.

A recent study by the Wharton School of Business found that 75 percent of crowdfunding campaigns do not deliver their obligations on time. In response to increasingly leery project funders, Kickstarter now prohibits photo-realistic renderings of product concepts that could be mistaken for finished products.

On the other hand, Voltera oozes credibility that they will deliver. The Voltera V-One is the seventh iteration of the machine since the team starting work in May 2013. The founders spent months in Shenzhen, China finalizing the prototype and developing their supply chain. The founders also have backgrounds in mechatronic engineering and nano-technology, and are founding tenants in the Velocity Foundry in Waterloo’s tech-hub.

Voltera knows exactly how much each unit will cost to deliver and how long it will take to produce. Their funding target of $70,000 was likely based on what the production minimum would be at the factories in China. Voltera accounted for everything. And it shows.

Voltera reached its Kickstarter campaign goal of $70,000 barely half an hour after launching.

Still on day one, the Kitchener-Waterloo-based project has already raised nearly $200,000 with 29 days left to go.

The Voltera V-One, priced at $1,500 for the campaign, helps hardware developers build prototype boards in minutes.

RELATED: How Voltera Crowdfunded 300% of Its Goal in Under 24 Hours

“3D printing and laser cutting have offered a better way to see if an idea is feasible or to build one-off products,” Voltera says. “We want to create something that helps break down the barriers for people interested in hardware but still powerful enough for slightly heavier prototyping.”