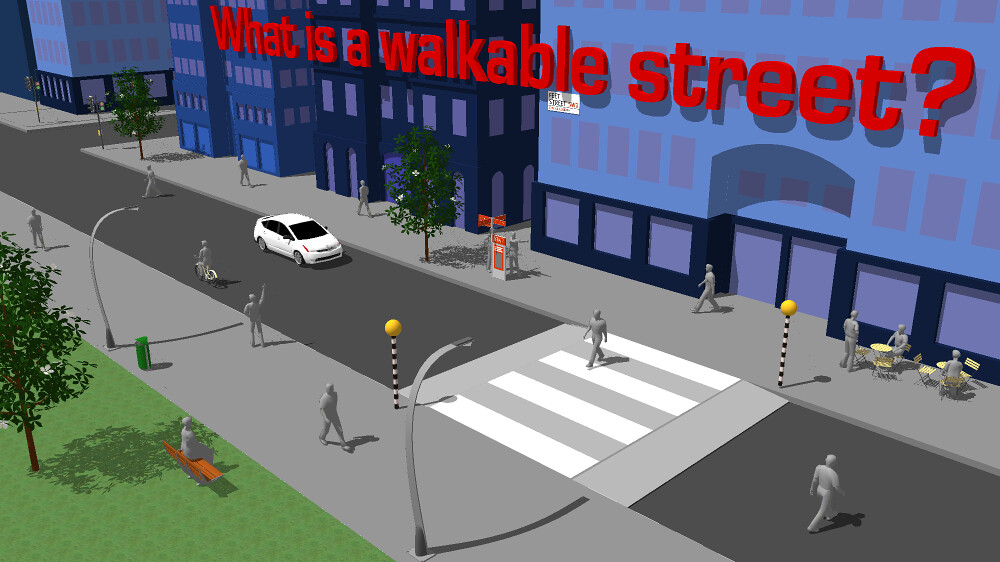 At first, Adam Davies just wanted to save the environment.

Working in transport planning with a background in sustainable cities, he knew that the key to producing less CO2 was to get cars off the road.

Originally from the UK, Davies is a geographer by trade and has a keen eye for urban planning. Add software engineer Carsten Moeller to the equation, and you have a quickly expanding mapping and navigation service for Apple and Android.

Walkonomics was launched in 2011 as a way for pedestrians to discover what they could walk to in under five minutes. Today, the app has evolved to a fully functional navigation tool that has mapped over 150 million streets using both software created by Moeller, who lives in Germany, and input from users. The goal of Walkonomics is to discover the most aesthetic route to a user’s destination while taking into account time frame and preferences.

“Walkability isn’t about being able to get somewhere in five minutes. It’s also about the quality of the streets you’ve been walking down,” said Davies.

Walkonomics quickly received international recognition. Having now launched in five cities, the app has been profiled by multiple news agencies around the world. In 2013, for example, the navigation app was included in the Guardian’s “20 Best IPhone and IPad Apps This Week” series.

The duo has partnered with local governments in cities where the app has launched, including Toronto, San Francisco, London and New York, to help them determine how walkable their cities are. What’s more, Davies was inspired by none other than his own son, who loved to be taken on walks through parks when he was a baby.

“When my son was a baby, I used to push him around in a pram to get him to sleep and he’d cry if he couldn’t see trees.” Davies then went on to gather data that suggested walking through parks and trees increased levels of happiness among pedestrians.

He describes the team’s original intention to launch the app as a civic service that local governments could use to engage with their citizens and improve their quality of life.

“Basically, the local governments don’t know how walkable their cities are. We collect a lot of data – Toronto is great for that – then we use that to break it down into the eight different categories that we use for walkability,” described Davies.

According to Davies and Moeller, several factors determine whether a street is walkable. These include road safety, whether it’s easy to cross, presence of pavements and sidewalks, hilliness, navigation, fear of crime, cleanliness, aesthetic appeal, and overall relaxation and enjoyment.

Though Walkonomics is an internationally recognized venture, they’re still very much a small business. “We’re just doing small projects with cities,” said Davies. “We haven’t sought any funding – we’re bootstrapping at the moment.”

With Davies in the UK and Moeller in Germany, Davies calls Walkonomics a “truly international team.”

However, Davies is thinking bigger than walkability.

Davies and Moeller are looking to expand into other Canadian cities in the near future. With so much data leftover from their 2013 Toronto-launch, according to Davies, they’re looking forward to entering other Canadian hot spots like Vancouver and Montreal.

“We want to be the go-to pedestrian app.”