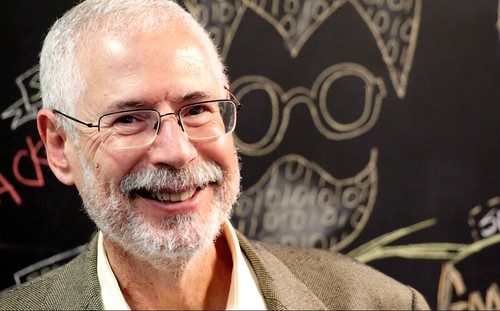 In his earth-toned blazer, loose-fit khakis and boat shoes, Steve Blank looks every bit the professor that he is.

Calm, genial and accommodating, Blank seems the antithesis of the brash Silicon Valley archetypes he so fully understands: the brash entrepreneur out to bend the world to his will; the voracious venture capitalist placing crazy bets on unproven ideas in pursuit of the big exit.

Maybe that’s why so many people listen to what he has to say. That, and the fact that he knows what he’s talking about, because he’s been there.

Since 1978, Blank has co-founded or been part of eight startups, to varying degrees of success and failure, in the Valley, where he lives on a ranch with his wife. Having retired from entrepreneurship in 1999, he turned to teaching it at various U.S. universities, among them Stanford; University of California, Berkeley; Columbia and NYU.

Now in his early 60s, he is best known as the initiator of the Lean Startup movement, whose principles he mapped out in writings and taught to students, most notably Eric Ries, who wrote the bestselling book by the same name.

Last week, after having heard mythical stories about Waterloo in the Valley for years, Blank finally paid a visit. Over the course of an afternoon and evening, he spoke at the Waterloo Innovation Summit, toured the Communitech Hub and University of Waterloo Velocity Garage, gave a nationally televised interview, met with local entrepreneurs and judged pitches at Communitech Rev Centre Stage.

Read the rest of this article on Communitech’s blog.