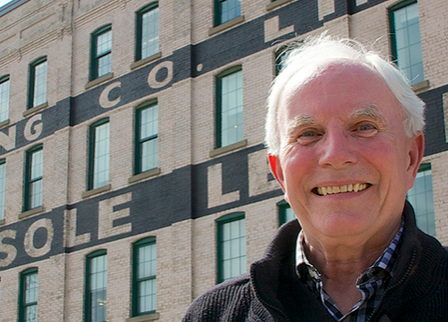 Is there anything more boring than a button? Maybe not, but it wasn’t always this way.

Buttons were the future in the 1860s, and it was a young entrepreneur named Emil Vogelsang who brought that future to Berlin (now Kitchener), Ont.

Shortly after he emigrated from Germany, Vogelsang secured a tax exemption from the village, leased space from the Simpson Furniture Company and launched The Pioneer Button Works. Other local merchants and businessmen later helped him erect his own factory building.

His was the first button works in Canada, and the first of several to appear in Berlin as the clothing industry embraced factory production and turned away from hand-tailoring and hook-and-eye fasteners.

If the Berlin of yesterday sounds a lot like the Waterloo Region of today, it should: Then, as now, this was a place of makers, mentors and first movers who embraced collaborative innovation with little regard for ethnic, religious or class differences.