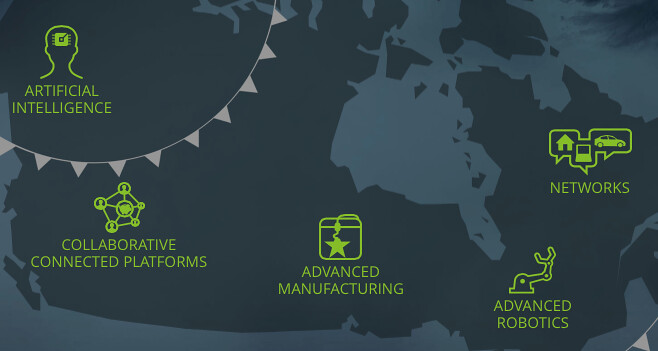 Advances in technology are disrupting many industries that anchor Canada’s economy, bringing significant and permanent changes to the country’s business landscape—and Canadian firms are not prepared.

According to a new report in Deloitte’s Future of Canada series, “The Age of Disruption: Are Canadian Firms Prepared?,” only 13 per cent of organizations are ready for significant technology-driven disruption.

A company’s size, age or industry sector has little bearing on how ready it will be to adapt, according to the report.

“Technologies like advanced robotics, artificial intelligence and 3D printing have considerable disruptive potential,” said Terry Stuart, Chief Innovation Officer at Deloitte Canada. “Canadian organizations need to understand how to adapt to these technologies to remain competitive, both within Canada and abroad.”

“No matter the measure, Canada has a preparedness problem.”

“The way in which Canadians live and work is about to change profoundly as technological advances reshape consumer expectations and business processes,” added Stuart. “A majority of organizations will be caught off guard if they don’t take steps today to improve their performance when it comes to preparedness for disruption, which poses a significant threat to the Canadian economy and productivity.”