“I believe that at the end of the century the use of words and general educated opinion will have altered so much that one will be able to speak of machines thinking without expecting to be contradicted.” – Alan Turing 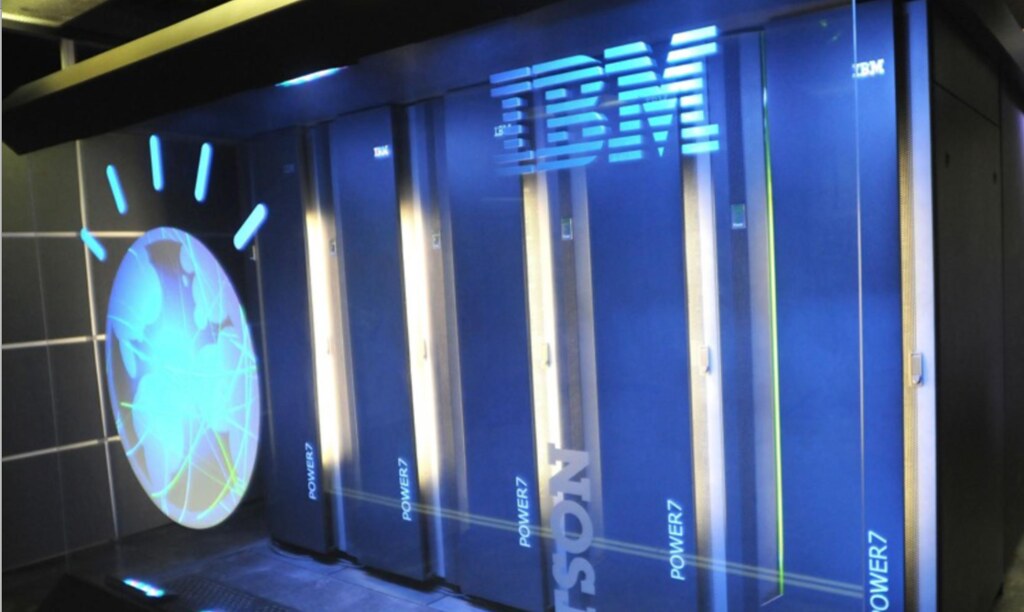 Alan Turing’s genius cracked the Enigma code, and saved countless lives. It is the foundation behind the logic that powers our digital age. In the instants it takes for you and me connect with one another, we will have been immersed countless times in his vision for what would be.

He was the first to formalize a test for artificial intelligence: the Turing Test. If a machine can trick a human being into thinking that it is another human being in natural conversation, then it is deemed to be philosophically, if not practically, artificial intelligence. While the test has become a staple of popular culture, it is not heeded as a key benchmark in research—rather it defines a line of philosophical reasoning, a ceiling through which computer scientists can peer through what was defined as impossible mere decades ago.

“Thinking” machines, seen as the stuff of science fiction, are quickly colliding with reality.

“[Watson Explorer] is another key, important product in what’s becoming a system. It’s not just a question-and-answer thing anymore… It reasons. It explores. It visualizes. It analyzes.” In Watson, we are witnessing the evolution of “the cognitive computing platform of the future.” – Mike Rhodin IBM VP, Watson Group

The machine thinks and instructs. The human executes.

Rapidly, Watson has become much more than a Jeopardy-winning machine: it has become a new way to define where computing is going. Instead of the structured programming of the past, Watson aims to be an unstructured system that learns.

Already, Watson has been used for oncology diagnoses, effortlessly digesting volumes of cutting-edge medical data that would take a doctor 160 hours a week to pore over.

The typical accuracy rate for doctors diagnosing lung cancer is 50 percent. A medical executive has claimed that Watson can now successfully diagnose lung cancer at 90 percent.

In an age of “big data,” a machine that can pore over the vast reams of unstructured data, and come out of it with relevant recommendations is a game-changer. This is what the Watson team proposes, and it has partnered with business applications in various verticals to deliver those results.

The Watson team’s presentation, hidden away from the main Web Summit, was an enlightening look at where computing is headed.

It was distinctly unsettling to hear words such as learn being applied to mechanical entities. Some of the most forward-looking people at the Web Summit admitted a deep unease at the unpredictability of it all: Peter Thiel, scion of the Paypal Mafia, and co-author of the book Zero to One, said that the question of artificial intelligence shouldn’t be framed in an economic sphere. It should be framed in a political one.

He elaborated: if aliens landed on Earth, we wouldn’t ask if they were taking our jobs.

We’d ask if they were about to take our lives. His thesis was that “strong” artificial intelligence, the kind that could escape humanity’s grasp, was still a century away.

Yet as we progress year-after-year towards that future, the debate about artificial intelligence rages on, with some advancing the immeasurable benefits of cutting-edge computing, while others wonder about the potential consequences of it all.

As humanity advances, slowly but surely, to an artificial intelligence that we may not be able to control, questions abound. The pursuit will continue to happen: the benefits are too great. We will need computers that can think and analyze for us, computers that can serve to open up entire new economies, new possibilities to create.

Watson doesn’t seek to replace: it seeks to augment human creation, underpinning a new range of capabilities that will be critical to building the 21st century. You will be able to digest information with Watson that would have taken thousands, if not millions of hours before. Watson is a radically new set of possibilities for human-computer interaction.

It is nothing less than the best suite of tools 21st century humanity could hope for.

We will need machines a hundred years from now.

Will they need us?