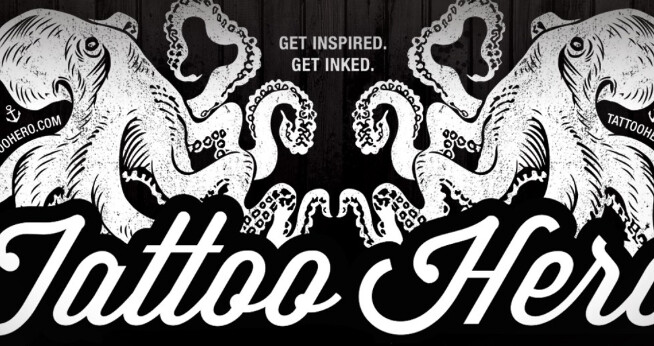 Countless outlets have billed the Web Summit as “Davos for Geeks”—a gathering of the brightest movers and shakers in technology.

It doesn’t feel like Davos though. There aren’t security details or snipers abounding on the roof. The hustle and bustle isn’t an elegant dance of diplomats meeting for galas. It’s very much a frantic whirl of strangers meeting with other strangers, looking to find exactly who could help them build the future.

It’s a different sort of energy: a communal one where everybody is pitching in and seeing how they can connect.

Startups like Tattoo Hero, a software as a service that helps bring tattoo shops to the digital realm, and Bibbud, a service that auto-generates bibliographies from a list of references, held the Canadian flag up high as attending startups, ready to exhibit themselves and find their dream connections.

Here is the inside story behind what it looked like being an entrepreneur in the busiest startup conference in the world, and a playbook on how you could take advantage of the best events.

The entire Tattoo Hero team runs around. It’s an organized madness. The CEO, Brandon, is looking to talk with investors. The CTO, Steven, is looking to absorb some of the knowledge from the Builders’ stage, where the technologists behind cutting-edge ventures explain how they were built. The chief product officer, Minh, is looking to get some advice from Google on user interface and user experience.

Yet it’s very clear that each one of them has come with a goal in mind. Rather than letting fate decide, they have planned for madness.

And madness it is. Even before anybody has landed in Dublin, I’ve already received the equivalent of a week’s worth of unsolicited communications. I am sure they are busy sending off their own, finding a way to connect with the people they need to.

Every startup is trying. But Tattoo Hero have glimpsed a method behind the madness. They’ve prepared information about the people they want to reach out to, and how they can go out and meet them, tailoring each pitch to the person at hand.

That will make all of the difference.

Bibbud co-founder Nikita is busy at work preparing a wooden version of his logo. Him and Paul are labouring over the color scheme: should they paint the wood letters in dark blue?

In many ways, a startup conference has become a war between who has the biggest, most attention-grabbing prop. One startup has a team dressed in frog costumes telling people incessantly if they’d heard of what was assumably, a frog-themed app. Another had a team of people kicking around fake phones, dressed in rabbit costumes.

Bidbud has its letters done up in wood, ready to shine the brightest.

They’re exhibiting the first day. They’ve come in a day early, and prepared how they’re going to tackle the day. Not only are they familiar with the premises, but they’re familiar with the people who are attending: they’ve built profiles for people they’d like to meet, and they know what they’ll say once they meet them.

As the day goes past, they’ve gone from having little experience pitching, to knowing exactly what will work. Paul’s come up with a twist on how they introduce themselves, highlighting quotes from famous Irish authors. They’ve turned Web Summit into an opportunity to do product validation—and they’ve collected invaluable feedback from the crowd around them.

Tattoo Hero has gotten some investors interested. They’ve met the people they’ve wanted to meet, the kind of people who are usually only accessible from a TV screen. They’ve gotten rave reviews and validation from people who own tattoo shops, to locals looking to get one.

They’ve expanded their network, and met people that could help accelerate their progress across multiple continents. They’ve met other founders doing cool things around the world. They planned for success, and they certainly got it.

As Bidbud and Tattoo Hero returned home, they came back with new connections, and new reasons for why they would succeed. It wasn’t the talks that created the most value: it was the connections made, and the interactions meticulously planned for.