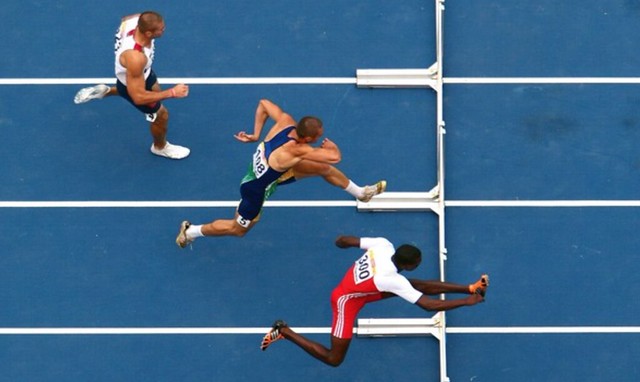 What does $2.5 billion dollars buy you these days?

The Pan Am games are over and there is an unsettling feeling across Toronto and Southern Ontario about the outrageous price tag. We all know this money could have been spent fixing the Gardiner, extending the Subway or tackling a host of other city wide issues, but let’s stop for a moment and look at the expenditure from a different angle. John Tory wants Toronto to be the most startup friendly city in North America. What if we celebrated innovation and technology the same way we celebrate athletes?

There was a time when the world rallied around new inventions and innovation.

Fairs drew crowds from all over the world, with millions of attendees. In 1876 at the Centennial Exposition the world saw A. Graham Bell’s telephone for the first time and in 1904 was the first public showing of the baby incubator, electric typewriter, telephone answering machine and telautograph (early fax machine). A grand total of $618,500 was the government’s entire spending for the 1876 Centennial Expo, about $13.6 million at today’s inflation rate.

There was no limit to the world’s excitement and involvement in the World Fairs and as a result each country was building a culture that bred innovation and supported those that wanted to get behind new technology to change the world.

Today, the biggest events are around sports. When was the last time Canada put $2.5 billion into an event that wasn’t the Olympics or Pan Am Games? There is the legitimate argument that these events are typically beneficial for the economy, driving tourism and financial support in a plethora of ways. But what about long term? What long term benefit do we see as a country when a Canadian wins a medal? Other than being superior at a particular sport, the jury is still undecided on what kind of long term economic impact is created from these games.

Now imagine living in a country where each year the biggest event was supporting local inventors in technology.

In the past Canada has been part of the World Fair celebrations by hosting the 1967 International and Universal Exposition in Montreal and the 1986 World Exposition on Transportation and Communication in Vancouver. We also participated in World Fairs overseas. It’s been almost 30 years and with the World Fairs taking on new mediums it’s time for Canada to revive its engagement in the tech sector too.

If similar funding was provided the possibilities to support technology are virtually limitless. Montreal’s Expo in 1967 saw 569 500 visitors in one day alone! Since then the world has become increasing reliant on technology and all of it’s advancements. With a country breeding such a strong startup culture, it is a wonder this isn’t part of our national pride already. We are not saying there is anything wrong with celebrating athleticism, but there is something wrong with the under-appreciation of technology.

In closing, the Pan Am games cost more than all of the venture capital investment in this country in 2014 at $1.9 billion. To me, there is something wrong with that. This venture funding went directly to creating jobs, new technologies, and the future RIM, Sierra Wireless, Electronic Arts, and Opentext’s of this country.

What would you spend $2.5 billion on?