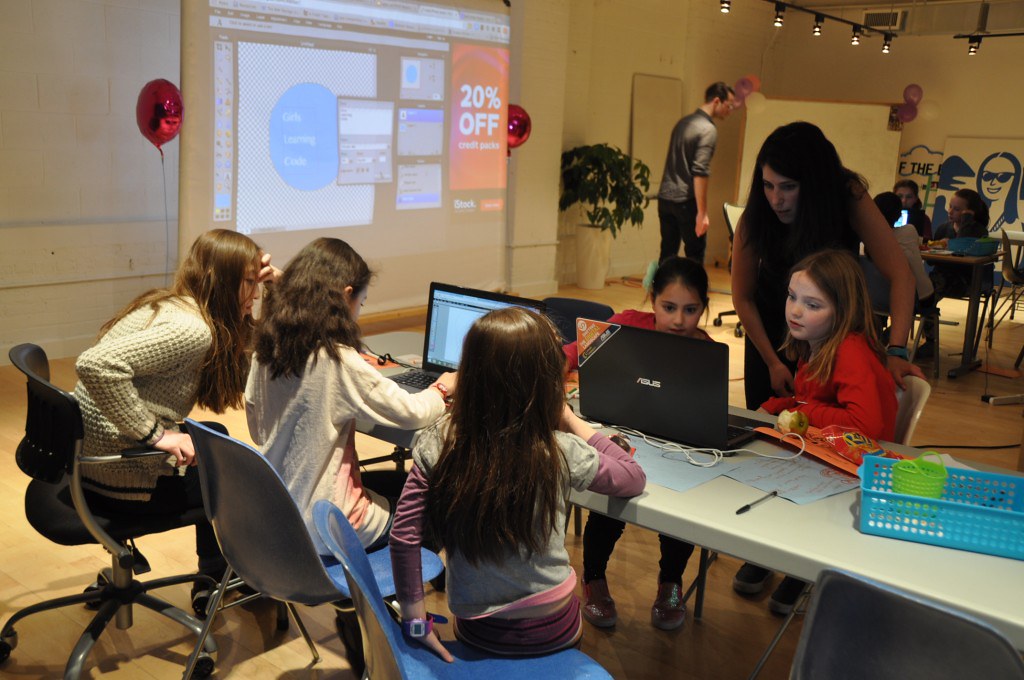 At Ladies Learning Code, that’s one of our guiding principles. We believe that technical skills are a tool of empowerment. It is our mission to ensure that all Canadians, particularly women and youth, have access to opportunities to learn critical 21st-century skills such as computer programming and design, and to become passionate builders—and not just consumers—of technology.

Why technical skills? Why should girls learn to code?

Canadian women are under-represented in technology. Women comprise only 39% of science, technology, engineering and mathematics (STEM) graduates in Canada. Even fewer women take on technical roles after graduating; that number is most often cited as less than 25%. It’s important for women and girls to learn to code. It’s important because these are critical skills that everyone should know—skills that are becoming just as important as math or English.

Technology is everywhere and it’s not going anywhere. That means that it is especially important that the creation of technology is as representative and diverse as the population using it. We want women to be confident and equipped to participate equally in the creation of technology so that it can fully reflect society’s needs as a whole. By teaching women and girls to code we’re taking a step toward building technology that will better serve all and that has the power to truly change the world.

When we started Ladies Learning Code in 2011, we were running workshops for women. It wasn’t long before we realized that if we were going to make an impact in changing the ratio of women in technology we needed to start younger, with girls who hadn’t yet decided what they would pursue in high school, college or university. That’s how Girls Learning Code was born.

Girls Learning Code has been designed specifically with girls in mind. Our programs are less about “coding” and more about changing the world through teamwork, creativity and, of course, technology, and about inspiring girls to see technology as a means for self-expression.

In March, we offered our fourth March Break Camp for girls.

In partnership with MaRS, we’re also offering six technology-based summer camps for girls between the ages of eight and 13. Full and partial scholarships are available for those who could not otherwise attend.