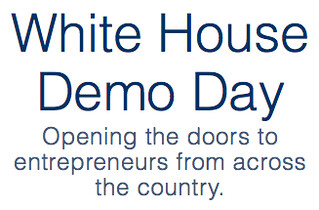 Later today the first-ever White House Demo Day is taking place and a Canadian startup will be in the mix.

Unlike a private-sector Demo Day where entrepreneurs pitch funders, this White House event will demonstrate individuals’ and teams’ success stories that exemplify how the United States can “grow the pie” by including everyone their startup economy.

“The day will also lift up best practices from all sectors that are aimed at making sure that all entrepreneurs get a crack at success”.

The White House Demo Day will build on steps the Administration is already taking to empower a diversity of entrepreneurs from around the world to launch and scale innovative companies.

Last month Seamless Planet participated in Google’s Entrepreneurs Demo Day where they secured a $100,000 investment from Steve Case and they were featured on Techvibes as a GoToMeeting Five company.

In addition to President Barack Obama, a handful of famous investors will participate in the event including Shark Tank’s Mark Cuban, Barbara Corcoran, and Daymond John.

Watch White House Demo Day live today at 2pm EST at www.whitehouse.gov/live and follow it on Twitter with hashtag #StartTheSpark.