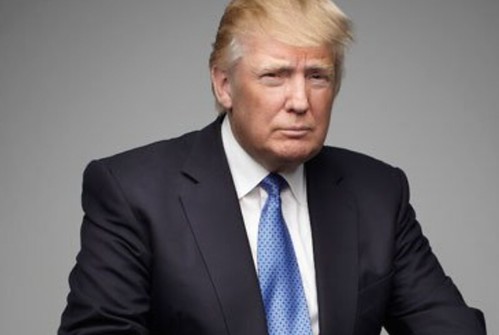 The personal brand and former reality TV star has made fighting what he calls “illegal immigration” a cornerstone of his campaign to be the Republican Party’s candidate. To do that, he’s promising to build a giant wall between the U.S. and Mexico.

Trump, who is currently leading in the nomination race, also wants to make it harder for American companies to legally hire workers from other countries and that promise—which mentions Facebook CEO Mark Zuckerberg by name—is aimed directly at the tech industry.

Trump wants to change that program so that employers are required to hire unemployed Americans before they look to other countries. Trump also wants to increase the amount workers who arrive in the U.S. under the H-1B program have to be paid, in an effort to push companies to hire lower-paid Americans.

The presidential candidate claims that raising the minimum wage for H-1B workers “will improve the number of black, Hispanic and female workers in Silicon Valley who have been passed over in favor of the H-1B program.”

Trump is also calling for “immigration moderation,” he wants to temporarily suspend the issuing of new green cards, the work permits for people who immigrate to the U.S. as permanent residents.

While this looks like bad news for the U.S. tech industry, it could be good news for Canada’s. Around 350,000 Canadians currently work in California’s tech industry, Trump’s plan would undoubtedly force some of them back home, creating an influx of talent that wouldn’t hurt Canadian startups and tech companies.

It could do even more.

Canada’s immigration system is relatively straightforward and focused on bringing the best and brightest into the country, at least compared to the U.S. system. In the U.S., fewer than 15 per cent of documented immigrants, around 100,000 people every year, enter the country as skilled workers and all of those workers are directly sponsored by employers. The far majority of immigrants – around two-thirds – arrive under family reunification programs.

Under Trump’s plan, which contains no mention of the family-based immigration categories, it would be even harder for that 15 per cent – the so-called “best and brightest” – to enter the country.

In Canada, it’s practically the opposite: around 60 per cent of immigrants enter the country as skilled workers, under a point-based immigration system that focuses on education and job skills.

For tech companies faced with a shortage of talent in the United States, Canada’s skills-focused immigration system and strong existing talent-base might be enough to push them to expand their operations north of the border.