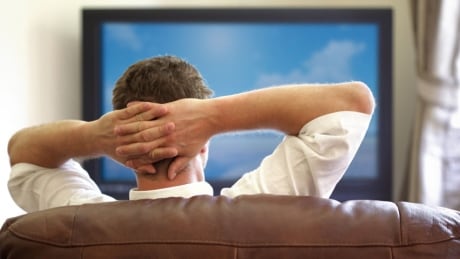 A new survey released by the Media Technology Monitor reports that one in seven Canadians are either somewhat or very likely to ditch their cable TV subscription.

This trend, called cord cutting, is a movement that started several years ago; if you listened to the pundits covering this shift in Canadians’ viewing habits you’d think the large cable companies would practically be out of business today. If only 1 in 7 Canadians are considering cutting the cord in late 2013, wouldn’t it be safe to assume that serious cord-cutting is still a long ways away?

While the MTM study talks about ditching cable TV, another study—released January 14 by Deloitte—takes the cable cord and plugs it right back in with a sharp thwap (insert Batman fight scene font here). The Deloitte study predicts that a sizable portion of Canadian households—about 2.5 million—will have multiple TV subscriptions, ponying up for TV services through their cable company and at least one other online TV service.

“Virtually nobody in Canada is actually stopping paying for TV,” says Duncan Stewart, director of research at Deloitte in Toronto.

On this long road to cable freedom, where are we, Canada? Are we hitching a ride with a snail-powered turtle or are we blazing along like Rob Ford’s heart rate on one of his alleged crack binges? As someone who has kept a keen eye on the cord-cutting trend since it began, I think the cable companies don’t have much to worry about… yet.

Yet. And that’s because of the millenials, who were raised in the age of technology and typically don’t subscribe to cable. Techvibes caught up with Dee Fiddler, a business student from Victoria in her early 20s, to get a snapshot of how the millenial generation feels about cord-cutting.

Fiddler, along with most of the people she grew up with, is quite tech-savvy and can easily access the TV shows she wants to see online. “I get most of my shows by downloading them,” she says. “However, in the last two years, I get some of my shows with my Netflix subscription. Netflix has some really good shows on there.”

Fiddler isn’t alone in watching more TV now than ever before, as Netflix has done a huge part in opening Canadians’ eyes to a vast library of programs we wouldn’t have had access to in the past. Another facet of programming that Netflix brings to the table is the ability to watch what we want, when we want.

“I would say I’m following more TV series now than ever, but I don’t really turn on cable and flip through the channels,” Fiddler explains. “I don’t watch anything that isn’t prerecorded or downloaded. I used to watch more shows on real time TV before, but not anymore. If there’s a show I like I’ll wait and just download it later.”

Maybe it’s because downloading TV shows via torrents is arguably a grey area from a legal standpoint, but most Canadians I talk to don’t feel bad about getting their fix of Game of Thrones or Homeland with a little help from their mouse and keyboard. “I don’t really have much to say about torrent downloading. We [her and most of her friends] have been doing it for so long and it usually works quite well. I don’t feel bad about doing it,” Fiddler says.

Nevertheless, Fiddler is not yet a cord cutter. Like most Canadians I’ve talked to, with ages ranging from 17 to 55, there is one thing keeping us from cutting the cord: live events. “I think I’ll eventually stop paying for TV services, as soon as I can figure out how to watch sports as crystal clear as I’d like,” she says. “I’ll probably stop in the next few years.”

With services like NHL Centre Ice and NFL Gameday that offer up access to each and every sports game available, there’s really nothing stopping us from cutting the cord. Perhaps because these services have known to experience technical issues from time to time, Canadians are probably a bit hesitant about ditching their cable altogether. But Netflix had picture and quality issues before as well, and look at how stunningly clear their HD is now, even compared to cable.

Cord cutting won’t be a distinct reality for several years. Until then, the cable companies will need to adapt in some way to keep their subscribers. Because one thing is clear: even though downloading is here to stay, Canadians won’t stop spending money to quench their TV thirst.

What has yet to be written in this cord-cutting saga is where and to whom will that money go.