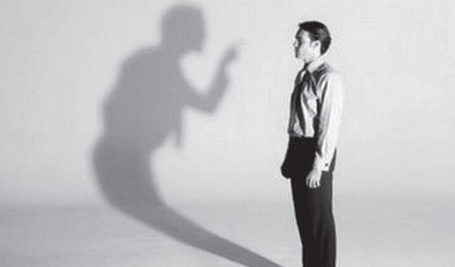 I have never fully understood all of the buzz surrounding the importance of being “goal-oriented.”

Instead, I have always had a much deeper appreciation for self-discipline, maybe it’s because most of the people I know who are always announcing a series of goals rarely make a dedicated effort to follow through with an action plan. Nonetheless, imagine how delighted I was to have stumbled upon a chain of articles and comment threads that, for the most part, deride the over-emphasis individuals and organizations tend to place on the importance of setting goals. Make no mistake about it though, this is not a rallying cry for mediocrity; there is in fact a better way to reach your goals, and the first step is to ignore your goals.

WHY GOAL SETTING DOESN’T WORK HOW IT’S SUPPOSED TO

The point, illuminated by Scott Adams (the creator of “Dilbert”), is that if you are waiting to achieve it someday in the future then it’s a goal, but if you are doing something every day then it is a system.

This is why goal setting doesn’t work, as Ray B. Williams points out in an article for Psychology Today.

“At both the individual and organizational level our society has an obsession with goal-setting,” he writes. “We tie goals to accomplishments… and self-help gurus such as Stephen Covey, Tony Robbins, and others emphasize the necessary link between goals and success. But while conventional wisdom has it that goal setting is critical to improved performance, there is compelling evidence to the contrary.”

Neil Perkin of Only Dead Fish sums up the argument for replacing a focus on goal-setting with greater emphasis on “systems” in order to achieve the majority of our individual and organizational goals.  Neil takes notes from Shane Parrish’s interesting review of Scott Adams’ book, ”How to Fail at Almost Everything and Still Win Big.”

“Goal-oriented people exist in a state of continuous pre-success failure at best, and permanent failure at worst if things never work out. Systems people succeed every time they apply their systems, in the sense that they did what they intended to do,” writes Shane Parrish.  “So while Goal-oriented people are fighting the feeling of discouragement at each turn, Systems-people are feeling good every time they apply their system. That’s a big difference in terms of maintaining your personal energy in the right direction.”

WHEN TO SET GOALS AND WHEN TO FOLLOW SYSTEMS

If you are a gifted athlete and your goal is to reach the Olympics then by all means, go for it. But the fact is that for the majority of us we cannot accurately predict where we will be in a year, much less four years from now.

If you are looking to shed some weight in 2014, don’t focus attention on a dress, or pair of jeans that you would like to fit in to, and definitely do not fixate on the amount of weight you need to lose by stepping on a scale every morning. Instead pay attention to developing new habits (like regular exercise), and cutting out old ones (like eating fast food every day for lunch).

A version of this article was originally published in 2014.