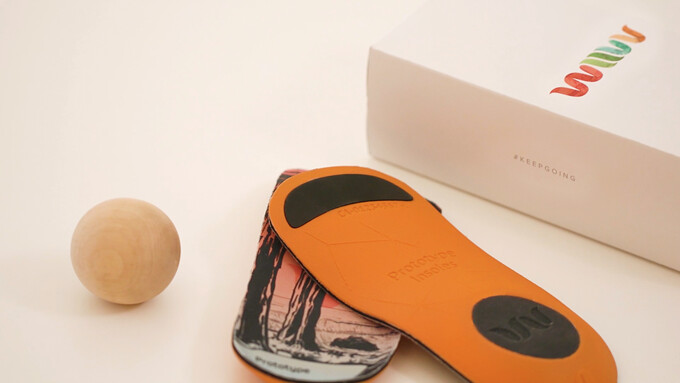 Wiivv Wearables, a Vancouver and San Diego-based bionics company that creates custom, 3D-printed gear, has completed its first Kickstarter campaign, breaking the record as the most funded 3D-printed good in Kickstarter history.

Wiivv concluded the campaign having raised 470% of its initial funding goal of $50,000.

Wiivv was named runner-up at this year’s TechCrunch Hardware Battlefield at CES. The Vancouver company reached its funding goal within two days.

Now available to consumers through Indiegogo, Wiivv’s BASE insoles have a patent-pending design that ensures biomechanical neutrality to lessen pressure on the forefoot, thereby increasing stability and promoting healthy alignment.

“We are truly honored by the overwhelming positive feedback we’ve received surrounding BASE by Wiivv custom insoles,” said co-founder of Wiivv, Shamil Hargovan.

Having sold over 4,000 pairs to 2,750 backers, not only did Wiivv break the record for most funded 3D printed good in crowd funding history, it was also the most-funded insole and third most-funded product in the footwear category.