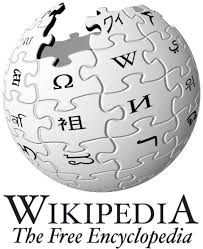 These days, Wikipedia is such an integral part of our lexicon, it’s become acceptable to use it as a verb.

Don’t know what something is?

What many of us forget however, is that the site/service is part of a cooperative project that relies on people to contribute content. We’ve grown so accustomed to using the service that we don’t consider giving back.

The issue was first brought up two years ago, but Jimmy Wales, founder of the site, then argued that the number of editors was stable. His most recent statement seems to be his first acknowledgement that numbers may be shrinking.

Now according to Wales, Wikipedia could be losing its editors. At the annual Wikimania conference in Haifa, Israel, he admitted, “We are not replenishing our ranks. It is not a crisis, but I consider it to be important.”

The problem may have to do with the editing process, which Wales admits is too complicated. Wikipedia is a non-profit site that relies on a large body of volunteers (90,000 reported last March), and in order to keep them submitting content, the staff has been working to simplify the platform.

The site has often been criticized for its complex barriers to editing articles. Not only does it use its own system of markup language, but there are a number of internal politics for contributors to navigate through. The staff has been working to reduce these barriers for new users, but have yet to produce any solutions.

“A lot of [the editing process] is convoluted,” added Wales. “A lot of editorial guidelines… are impenetrable to new users.”

Aside from the sites interface however, Wales also speculated that there might be less content to add to the site. Wikipedia is now ten years old and boasts over 3 million entries. Even as of a few years ago, users may have still felt the need to contribute to the project, but now the public may be under the impression that the site is complete.

Wikipedia is still encouraging people to contribute to the site. They’re implementing a program that will encourage professors from a number of countries to assign Wikipedia entries as projects.

Recently, the site also announced an article-rating system where page visitors could rate contributions on the trustworthiness, objectivity, completeness, and quality of writing on a scale of 1-5. It also implemented a “WikiLove” button that allows users to send love to contributors in the form of graphics and other messages of appreciation to editors. Similar to the “like” button on Facebook, the idea is that people will post more frequently when they feel appreciated.