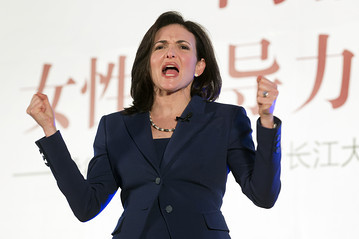 The world is changing for women aspiring to be leaders in business. A recent, status-quo-changing example indicating this: Yahoo hiring a pregnant woman to take over their company as CEO over someone internal with tenure.

Though the definition of success may vary for each woman and the role they want to play in their lives is influenced by the choices they make (leave career status to have children), the world is ready for women to “lean in” and become leaders of organizations and sit on boards. There is still a lot of work to go to see changes realized. Females still only represent less than 20% of executive positions for Fortune 500 companies, but is becoming increasingly obvious that there is no logical explanation for why women do not have more presence in these roles.

Though the definition of success differs for each woman with regards to what they want out of their careers and life, it isn’t because they are not capable of wearing the C-suite title and performing well, it comes down to personal choices and the slow dissipation of systemic discrimination (glass ceiling) as it is becoming glaringly obvious the equal capabilities for a woman to lead or be an executive of an organization. A study promoted by the Harvard Business Review shows women actually perform higher than men in the majority of leadership traits though a good leader is a good leader, whether male or female.

Good advice I have been given: don’t buy into the fact that you cannot be a leader or work your way up in an organization. Merit for performance and the capacity to lead is more important in today’s market.

In university I studied the barriers women face for leadership roles for my papers. For my collective bargaining course, I proved that trade unions prohibited the progression of women in the workforce after World War II. I am a former member of a Mastermind’s Group that was compromised of middle aged men. The same person that introduced me to that group also introduced me to a business club where were only a few women.

I appreciate him bringing me into the “old boys clubs” to show me how the world still operates. That said, I never care if I am the only woman in a boardroom knowing that I have earned my place there and my perspective has value. Same goes for working with investors.

For women who don’t want to wait for changes to take shape or want to make their own mark are embracing entrepreneurship for the benefits of creating a life (and schedule) that will accommodate being more involved in a family and making the wage discrepancies between men and women irrelevant.

Choosing to have a family may interrupt careers for some women but with the rise of the women as business leaders gives opportunities for the double standards to change for men as well. Paternity leave from work now allows fathers to spend more time with their children during their fundamental years too.

To be successful in business or any endeavour, you have to go after what you want and develop the skills to back up your desires. Utilize mentors that are willing to tell you everything they know, they offer short cuts and make you conscious of the stages you are in.

You can also develop yourself as a leader through volunteering or working with non-profits that will benefit from your enthusiasm. Don’t be scared to ask for what you want or are worth (a noted weakness and gender difference). Develop your brand as a proactive leader that gets the job done. You can lead no matter what your current title is. Being authentic and exercising a little emotional intelligence can help you adapt to the comrade at the top.

With all major publications covering this highly debated topic and the emergence of trail blazing senior executive women, it is clear that the glass ceiling and women being incapable of holding more seats in senior leadership positions is an argument that has no validity and has nothing to do with gender.