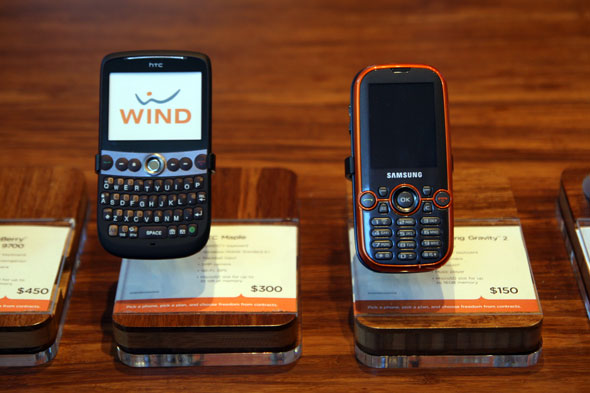 The executive branch isn’t the only authority in this country getting in on the overruling game when it comes to this country’s telecommunications policy.

Here’s the CBC with a summary of what happened:

The Canadian Radio-television and Telecommunications Commission had originally found Globalive’s complicated ownership structure — it is majority-funded by Egyptian billionaire Naguib Sawiris’s Orascom empire — was in breach of Canada’s limits on foreign ownership.

But the cabinet overruled that decision in December 2009, paving the way for the company’s Wind Mobile launch that same month.

On Friday, Federal Court Justice Roger Hughes found Ottawa’s move was based on “errors of law” and ruled it null and void. He also ordered a 45-day stay in the ruling, meaning the company has time to appeal and continue to operate in the interim.

Industry Minister Tony Clement said the government is studying the ruling and examining its options. “Our [government] stands with consumers who want more competition,” he said in a tweet.

Later, Clement commented on the decision in an interview to air Saturday on CBC Radio’s The House.

“I’ll be studying the decision and reviewing our options, but … our government still believes very strongly that we should be on the side of consumers, and what consumers want is more choice,” Clement told host Kathleen Petty.

Globalive has, predictably, vowed to fight the ruling, and an appeal is sure to be forthcoming.

I agree with Clement that we should be doing whatever we can in this country to encourage competition in telecommunications. But if the cabinet made “errors of law” in overruling the decision, they need to make it right. Hey, they make the laws; can’t they follow them?

Speaking of following the laws, you know who has been doing that? The CRTC. This country has limits on foreign ownership. That’s just the law. The CRTC was following those laws. If we don’t want them to make decisions like the one against Globalive, then we need to change the laws — and that’s Parliament’s job, not the CRTC’s.