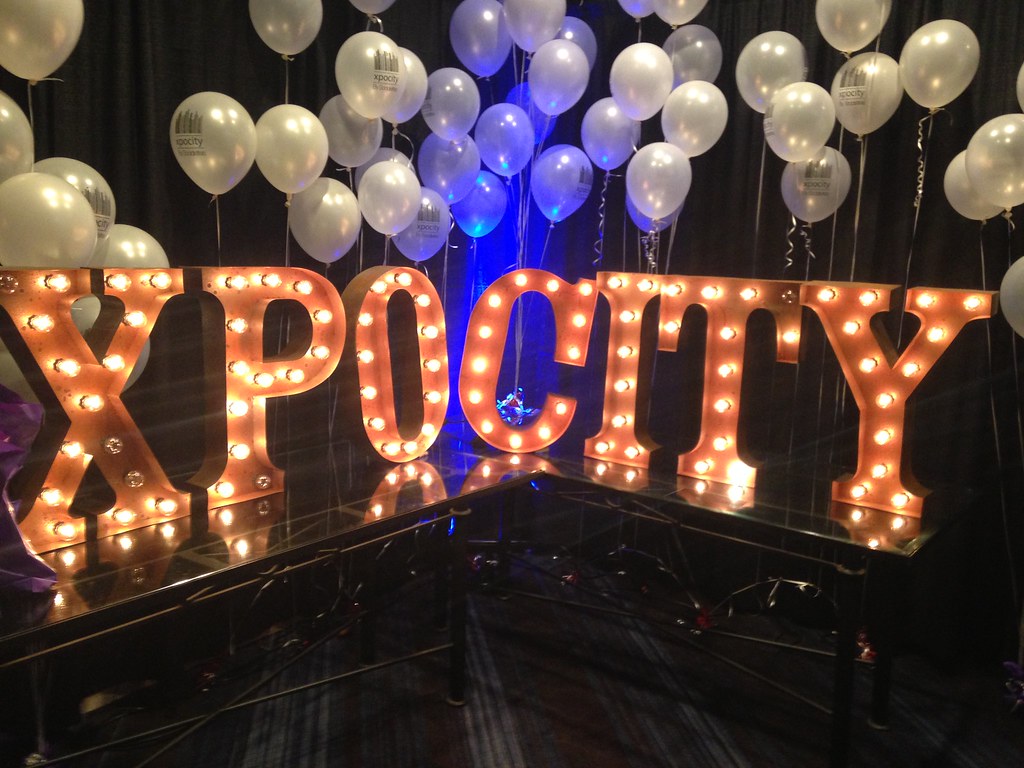 Vancouver tech entrepreneurship grows more prominent by the day—but for it to thrive, the entire economic ecosystem needs to be living up to its full potential.

Luckily for the city, talented men and women are determined to help Vancouver be all it can be. Last Thursday night was Vancouver’s very first Xpocity, a women’s business and shopping expo at the Four Seasons Hotel. The Park Ballroom has a capacity for 800; half that number still produced quite an effect as shoppers buzzed between the tables. Businesses were selected for Xpocity based on two criteria: whether they were woman-run or founded, or whether they provided services that would appeal to the needs of women.

One tech startup, called Meet Me There, aspires to connect places and people in a more integrated way than any business’s current social media presence. It’s an event-based app that allows hosts and guests to digitally engage in an event before it starts, and you can swipe to and through people who are also attending. It spares the shy the direct impact of a face-to-face rejection, and gives the bold a preview of coming attractions.

Meet Me There’s very much a nascent product; the company has an active Twitter account, but the app’s website won’t be up for another seven days. In a little under six weeks, they’ll have their grand debut.

“We’re launching Date Night Vancouver, and with this event, we’ll have six different venues,” explains AJ Brach, the founder of the event. “Each will have a different promotion—and if you’re in a relationship, you can still download the promotion. It allows people to be attached and found via place more than anything else (currently on the market).”

Much about Meet Me There is unknown—details as to the app’s monetization plans, among other mysteries, will be released closer to their debut event, which you can read more about here. Luckily, another event highlighted by the Xpocity crew is not so shrouded.

The Beyond Pink Leadership Conference, to be hosted by Young Women in Business at the Renaissance Vancouver Harbourside Hotel from November 14-15. Mentors will vary from experts in established companies to, yes, entrepreneurs. First of the keynote speakers is Kayla Roxas, the founder of the Young Women Entrepreneurs Club. In its fifth year, the event promises workshops facilitated by executives from Fortune 500 companies, life coaches, consultants and other independent women in order to encourage and foster the next generation.

“It’s a crash course to make you a better leader. We’re going to have workshops on negotiation, promotion, financial viability, and then confidence. Confidence is a taboo in the business world, but women’s confidence is different from men’s,” says Roxas. And we’re going to have speed mentoring. We have about 30 mentors, and we hope that attendees can walk away with someone they can call on. It’ll close with a gala.”

However great the guests were, the evening’s host was still the star of the show. The first Xpocity, the night was the brainchild of Prianka Dhir and the Socialettes. The courage it takes to take on arranging an event of this scale for the first time is only rivalled by the courage it took to arrange, plan, and manage the night in a white jumpsuit, which was still pristine by the time she sat down to speak to me at 8pm. Priankha managed a difficult feat—which is to be appropriately proud and appropriately humble at the same time.

“The best thing about tonight? The smiles on everyone’s face is a huge reward. To see everyone walk away happy, and to hear people ask ‘When’s the next event’ and want to be a part of it? You can’t top that. That’s the best feeling,” Prianka says.

There will be an Xpocity 2015, and Prianka’s looking forward to promoting it.

“I want people to know you can buy limited time offer deals here that you can’t get anywhere else. Companies are making money, and they’re telling me how they’re selling. But the happier the vendors are, the happier their customers are, and the happier we are.”

The Vancouver social calendar is busier than ever—and every Vancouverite should be happy about that.