Those who have been following Vancouver’s tech scene know that the picturesque West Coast city has gradually become a tech hotbed, and 2019 was another banner year.

As we wind down toward the holidays, we thought it was a good time to reflect on the year that was.

Here are some of the most important trends and stories from a busy 2019 in Vancouver tech.

In 2018, the Canadian government announced a $700 million investment in the country’s Cleantech industry. That funding disproportionately benefits Vancouver, which is home to 25 percent of Canada’s Cleantech companies. More than 220 companies employ roughly 3,500 people there, and six local companies were named to the 2019 Global Cleantech 100 (including General Fusion, the utility-scale fusion power developer that has secured $127 million in funding).

That support for Cleantech continued in 2019 when the federal government announced a $50 million investment in venture capital for Canadian Cleantech companies. The investments are being matched by the private sector and will contribute up to $1.5 billion in Canada’s economy. This news comes after the B.C. government similarly committed to spurring Cleantech investment with its CleanBC plan.

The support from the federal government continued in September when the government announced $353,550 in funding to the Vancouver Economic Commission to develop the Technology Deployment Network – an online platform designed to develop Cleantech solutions – and another $100,000 to promote Vancouver as an e-sports hub. 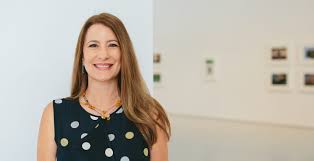 “This federal funding for tech deployment unleashes the chance for startups to work with keystone institutions on urgently needed climate solutions. And funding for a regional Vancouver e-sports strategy underscores Vancouver’s bench strength in the tech, creative and entertainment industries.”

The city of Vancouver also furthered its collaborative relationship with Seattle by announcing a new cooperative agreement to promote the economy throughout the Cascadia Innovation Corridor, running from Vancouver to Portland.

Further to that point, in November Microsoft hosted the three-day Cascadia Rail Summit, gathering business leaders, government representatives, and other experts to discuss a long-in-the-works high-speed rail line that would create the potential for a one-hour trip between Vancouver and Seattle. A study, released in July, found that the project could attract between 1.7 million and 3 million annual trips by 2040 and generate as much as $250 million in fare revenues.

“In order to tie Vancouver and British Columbia up with its neighbors, and to link its economy with the rest of the region and the world, it’s about transportation,” SNCF America spokesperson Jerry Ray said.

“I think it is inevitable that you’re going to do it.”

We should point out that 2019 wasn’t entirely without bad news. B.C. Tech did announce in April that it would close its Cube facility in Railtown, a 6,000-square-foot community hub for AR/VR/MR established in September 2017.

Vancouver now has the second-lowest downtown office vacancy rate in North America, so it makes sense that smart companies spent 2019 snatching up as much of the land that’s left as possible.

Consider that Amazon turned heads in 2018 when it announced a new 416,000-square-foot office in downtown Vancouver; a year later, that estimate looked downright modest. 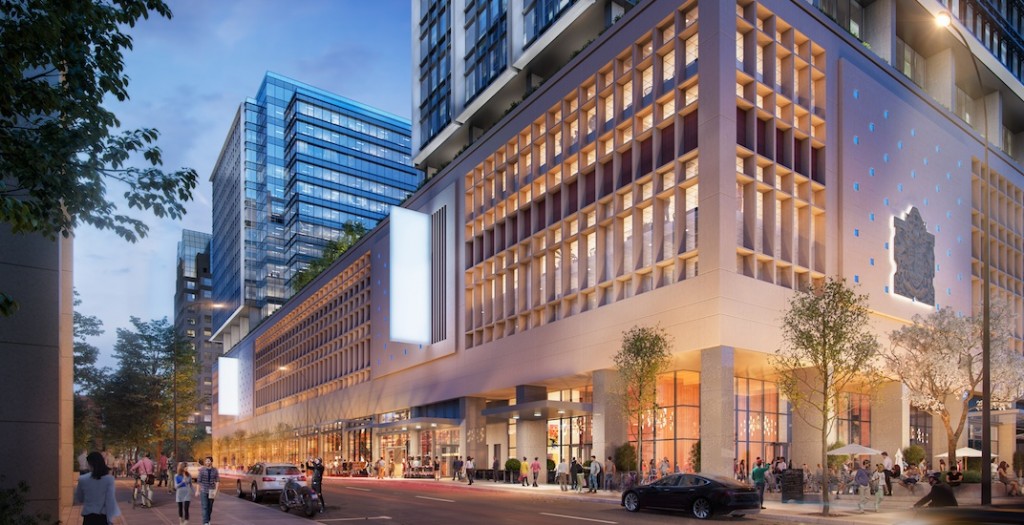 Other U.S. giants are also racing to expand their footprints in B.C. In October, plans were revealed for Microsoft to take over all 75,000 square feet of office space at an under-construction office building at 155 Water Street. That comes just three years after Microsoft opened its 142,000-square-foot office within the CF Pacific Centre – where nearly 1,000 people work – and the company has another office near B.C. Place Stadium. The new building – which is expected to open in 2020 – will feature a 3,800-square-foot outdoor rooftop lounge and panoramic views of the mountains and harbor.

In other news, Apple is reportedly going to establish an office in a glitzy new development at 400 West Georgia that is expected to be completed in Spring 2020, Tile – which helps users find and track their belongings – chose Vancouver as the first major office opening aside from its California headquarters, and Grammarly announced in September that it would open its fourth office around the world in Vancouver.

“This is particularly meaningful to me, as I live in Vancouver and have had the pleasure of watching the city’s technology scene develop at an inspiring pace,” said Grammarly co-founder Max Lytvyn.

“Our new office will be based in the downtown area, and we will be expanding our team across a variety of functions and roles. The talent in Vancouver is exceptional, and I’m looking forward to the process of adding key hires to the Grammarly team from such a vibrant tech community.”

At the end of 2018, Vancouver-based mobile game developer Kabam announced the long-term lease of 105,000 square feet across seven floors with a targeted completion date of 2021, while Slack – which was founded in Vancouver before shifting its headquarters to San Francisco – reportedly leased 34,000 square feet in the Bental 5 office tower. Rumor has it that vehicle financing platform Canada Drives could take up a chunk of the new “Jenga” tower on West Georgia.

It makes sense that so many companies want to operate in Vancouver – even with all the money being thrown around locally, Vancouver still ranks as the second-cheapest city in North America for a tech company to operate, according to CBRE.

Simply put, Vancouver right now is a great place to be for tech workers looking for opportunities.

In CBRE’s annual Tech-30 report, Vancouver rocketed up 27 spots to take the No. 1 overall position for high-tech job growth in North America. According to the report, jobs in Vancouver’s tech scene grew at a rate of 29.5 percent over 2017 and ’18, significantly higher than runner-up San Francisco (24.7 percent), Toronto (23.9 percent), Seattle (23.7 percent) or Austin (22.5 percent). 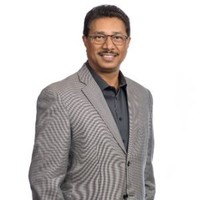 Raghwa Gopal, President and CEO of Innovate BC

“We’ve seen the growth, but something like this (ranking) solidifies it in real terms,” said Raghwa Gopal, President and CEO of Innovate BC. “(Vancouver) has always had a very high talent pool, and I think that’s very attractive for companies when they move here and hire people here as well.”

Another CBRE report offered further insight into not just the abundant opportunity in Vancouver, but also the high quality of local tech talent, which ranks near “exceptional.” They’re well-compensated, too, bringing in an average annual salary of $80,106, compared to $55,024 earned by people in the city with non-tech occupations.

And talent is the most-cited driver for the companies shifting operations to the Lower Mainland.

“Some of the really salient things that stuck with us for Vancouver was that there’s a really strong market and talent quota,” said Niranjan Ravicahndran, Vancouver site lead for Asana, the work management tool company that pledged to expand from 500 employees to 700 in Vancouver by the end of 2019. “There are such a lot of startups with a strong entrepreneurial spirit.”

Obviously, people are catching on to what’s happening in B.C. – the CBRE study also found that Vancouver was Top 5 in “brain gain,” meaning out-of-towners are flocking to the city for an opportunity.

VC Funding Continues to be Robust

In 2019, B.C.’s VC funding didn’t get off to a roaring start, but business sure picked up as the year went on.

With $158 million over 27 deals in the first half of the year – according to the Canadian Venture Capital and Private Equity Association’s H1 report – Vancouver did produce some major funding rounds.

That includes a US$71 million growth investment in PDFTron, a provider of document processing tools for software developers, and a C$75 million investment in 123Dentist from Peloton Capital Management in June. And Carbon Engineering Ltd – a Cleantech company based just north of Vancouver in Squamish – closed a C$90 million funding round in March followed by a $25 million investment from the federal government.

While those numbers were certainly encouraging, Vancouver’s VC funding skyrocketed in the third quarter, when Vancouver-based companies generated $777 million across 49 deals or 17 percent of all VC funding raised in Canada over that time period.

The headlining deal was a massive $250 million Series D round announced by locally based legal software company Clio, one of the largest rounds in Canadian history.

The good news kept coming. Chinhook Therapeutics announced a $65 million Series A round to discover and develop precision machines for kidney diseases, while Trulioo announced a $70 million funding round in September, and cleantech startup Terramera raised a $59.5 million Series B round in September following a $13 million round of growth capital financing in February.

It’s also worth pointing out that Vancouver ranks in the Top 5 globally for early-stage funding per startup, according to Startup Genome.

“Recent funding raises from companies like Clio, Trulioo and Terramera contributed to one of the most successful quarters in B.C. tech history,” Gopal said.

Online furniture delivery startup Article earned the top spot again with a stunning five-year growth rate of 24,182 percent after again exceeding $100 million in gross sales. Pixieset was next at No. 8 after posting a five-year growth rate of 8,555 percent – the photography software startup was also included in Deloitte’s 2019 Fast 50 and Technology Fast 500 lists – and debt relief platform Progressa took the 11th spot with a 6,909 percent growth rate.

There was plenty of other good news for thriving Vancouver startups in 2019. Precision OS – a VR training platform for orthopedic surgeons that won company of the year (startup success) at the 2019 Technology Impact Awards – announced it was expanding to the U.S., while biotech startup AbCellera announced a two-year agreement with the Bill & Melinda Gates Foundation to accelerate global health research, and fintech startup Bench Accounting managed to rebound dramatically after a first-quarter when it missed sales targets by 40 percent. By the end of the year, the company was looking to hire upward of 200 new employees.

“Simply put, our tech companies are among the best in the world,” Gopal said.