Data analytics is an increasingly important part of every element of business. As more and more data is collected, learning SQL enables us to work efficiently with databases and big data. 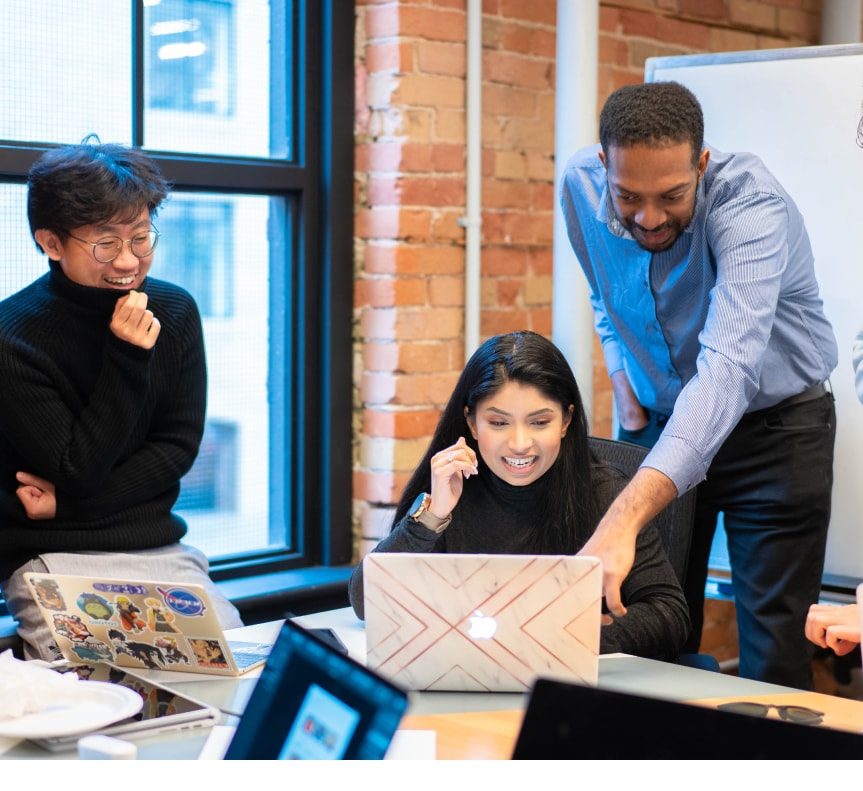 Get Started For Free

Learn what SQL is and how it’s used to work with data.

Explore the foundational SELECT statement and practice using it.

Discover how to filter data to view more specific information.

Learn to compute aggregated information on your data.

Discover the features and capabilities of SQL, the essential language for interacting with databases and data. This reference documentation is an invaluable tool to support you while you learn and build.

You should learn SQL because SQL knowledge will make a major impact on your ability to perform a variety of tasks relating to data. And while learning SQL is crucial if you want to become a data professional, it's also increasingly prioritized in a number of other fields and industries, including web development, digital marketing, finance, accounting, and more.

Studies have shown that SQL is the most in-demand skill for data jobs because of how efficiently it can manipulate and extract large volumes of data from database systems. So if you want to become a Data Scientist, Data Analyst, or Data Engineer, learning SQL can be considered a prerequisite. And SQL isn't useful only for dealing with company data in relational databases, but also for ecommerce apps, cloud storage, and social-media accounts.

The reason SQL skills are so valuable for people who are not data professionals is that data is being used to drive decision-making across any number of departments in most companies. Data is being used to create and evaluate marketing campaigns, assess organizational productivity and staffing needs, and more. Learning SQL will empower you to combine data from multiple data sources and tackle huge datasets to ultimately create actionable business insights, regardless of your job role.

SQL is a standard language that is used to manipulate, access, update, search, and communicate with relational databases. SQL is considered the most important programming language for Data Scientists, Data Analysts, and other data professionals, who use SQL to extract and organize data stored in relational databases.

According to the American National Standards Institute (ANSI), SQL is the standard language for relational database management systems, including Microsoft SQL Server, Access, Oracle, Sybase, and more. Even if you are performing a data analysis using another language like R or Python, SQL is still necessary to access data from the database.

Though SQL is used by most database systems, many do add proprietary extensions that are unique to their systems. As a result, SQL code typically does require some changes before it can be ported to different database systems.

When Was SQL Invented?

SQL was invented in the 1970s, when the data query language was developed by IBM researchers Donald Chamberlin and Raymond Boyce.

Originally known as SEQUEL (Structured English Query Language), the history of SQL can be traced back to a 1970 paper published by Edgar Frank Codd entitled "A Relational Model of Data for Large Shared Data Banks." Codd's paper theorized that all the data contained in a database could be modeled with the mathematical idea of relations. Codd's relational data model provided more flexibility than network data models, as new relations could now be added without the need to change existing relations.

Codd's paper inspired Boyce and Chamberlin to create SQL, though the first SQL language wasn't made available to the public until it was released by a company called Relational Software in 1979 (that company later became Oracle). SEQUEL was eventually renamed to SQL because of a trademark issue.

What is the Difference Between SQL and NoSQL?

Further, NoSQL is typically used for unstructured data like JSON or documents, while SQL databases are preferable for multi-row transactions.

What Does SQL Stand For?

SQL stands for Structured Query Language. SQL is typically pronounced as an acronym ("S-Q-L") or as "sequel." A query language is a language built specifically to interact with databases. That means that unlike a programming language, SQL isn't used to develop websites, games, or apps, but specifically for tasks involving working with data in databases.

What is SQL Used For?

Without SQL, finding the data you need in a large database would be time-consuming and inefficient. SQL statements — SELECT, INSERT, UPDATE, DELETE, and CREATE DATABASE — allow you to quickly set up, modify, and manipulate data and databases in a variety of ways.

Not only can SQL allow you to reorganize and manage data, but you can also use SQL to create or change the schema or structure of a database system and control who can access its data.

What is a Relational Database Management System (RDBMS)?

Is SQL Hard to Learn?

SQL is not considered hard to learn. In fact, SQL is considered relatively easy to learn because its expressive and clean syntax is intuitive to understand for beginners.

Unlike other mathematics-based programming languages, SQL uses the English language to retrieve specific information from databases. SQL command syntax is straightforward and easy for anyone to grasp, regardless of whether they have prior programming experience or a background in computer science.

Advanced SQL is more difficult than these basics, but even mastering more advanced SQL concepts is not hard to learn with the right approach or instruction.

How Long Does it Take to Learn SQL?

It should take a few weeks to a month for the average person to learn SQL basics and get started working with SQL databases. To master SQL at a more advanced level and to use SQL in real world applications, it will take longer, though how long depends on your technical skills, educational background, learning approach, and whether you have experience with other programming languages.

What is the Best Way to Learn SQL?

The best way to learn SQL would be to first build out your basic understanding of SQL by exploring free online SQL tutorials and resources, take a data analytics course or attend a data science bootcamp to really develop your SQL skills in a structured environment, and then finally to work on your own increasingly complex SQL projects.

To begin learning SQL basics, there are lots of webinars, books, and free online resources that can provide an introduction to the data manipulation language. Because of SQL's long history and widespread use, there are also many online communities where you can ask questions and learn from working data professionals.

The best way to ultimately learn SQL would be through a data science course or bootcamp, especially if you ultimately want to use SQL professionally. These courses will teach you how to write advanced expressions with SQL to surface key data points, process data, find and highlight patterns, and boost your search capabilities within large data sets.

What are Some Good SQL Projects for Practice?

Examples of good SQL database projects for practice include an automated college student database, a hospital management system, or a blood donation database.

Pursuing your own projects is the best way to put your new SQL skills to the test. Building and designing a database with real-world applications will not only validate what you've learned, but it should also be fun. Other good SQL project ideas for beginners could include e-ticket bookings (for buses, flights, or trains), record store inventory management, or an employee management system.

If you don't have programming experience and you haven't used Github before, it is worth setting up an account and exploring the SQL projects others have decided to share. This is also a great way to get feedback on your own projects.

What Careers Use SQL?

Careers that use SQL the most include most roles in data science, including Data Engineer, Data Analyst, and Data Scientist. But because of the key role data now plays in a variety of fields and industries, there are now a wide variety of other jobs outside of data that use SQL.

Among plenty of other applications, Business Analysts use SQL to perform a gap analysis, Quality Assurance (QA) Testers might use SQL to review and analyze results, and Software Engineers and Web Developers who work with databases will find SQL skills to be crucial to their work.

There are a number of other careers and fields where SQL skills will likely not be demanded or expected, but could still prove useful, including marketing, academic research, and even journalism.

Looking for Another Programming Language?

Create an account to get immediate access to this tutorial. By creating an account, you will also receive exclusive offers and updates about new courses, workshops and events.