One of the fastest-growing programming languages, Python is used by some of the most innovative companies in the world for everything from web development to machine learning. 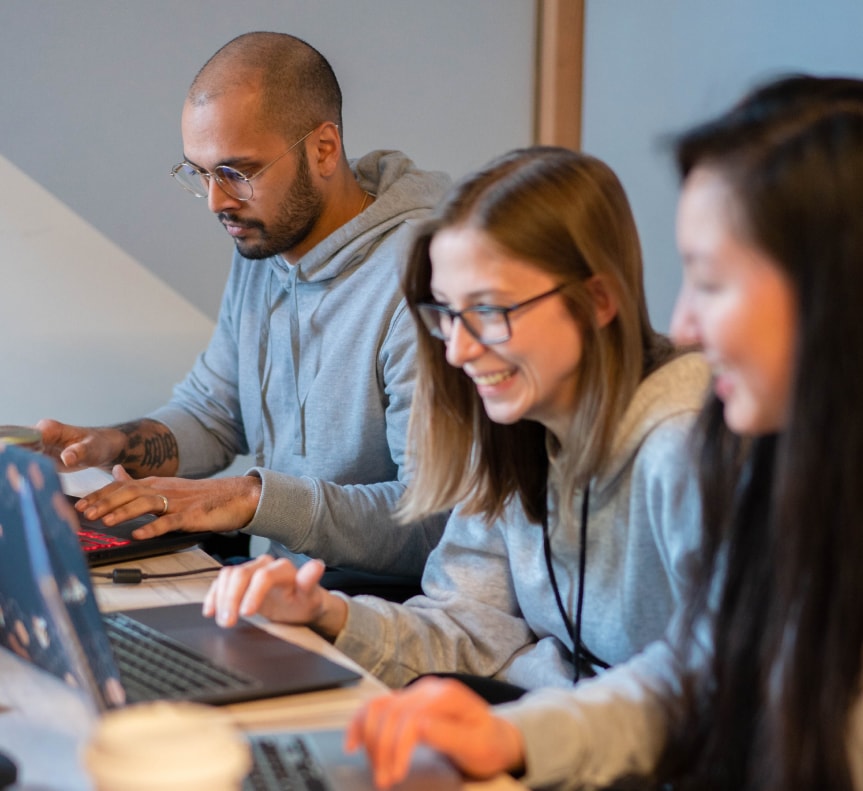 Get Started For Free

Discover the basics of programming with one of the world’s most popular programming languages in this Python tutorial.

Discover the Python programming language, what it's used for.

Understand how to store and manipulate numbers with Python.

Learn how to use and manipulate text with Python.

Working with Collections of Values

Discover how multiple values can be collected and stored.

Learn to write rules for when specific code should run.

Discover the features and capabilities of Python, one of the most popular programming languages in the world. This reference documentation is an invaluable tool to support you while you learn and build.

4.1 Python If Statement
4.2 Python In Keyword
4.3 Python Is Keyword

It's a great idea to learn Python because it is one of the fastest-growing programming languages in the world, with large communities of users in web development, data science, machine learning, AI, and more. The popularity of Python is set to increase even further, as according to multiple recent surveys, Python has come out on top as perhaps the most sought-after and popular programming languages. If you're interested in learning Python, you should know it is also one of the most accessible programming languages available due to its simplified syntax, which puts an emphasis on natural language.

This free Python tutorial is intended as an introduction to the Python programming language, so that even absolute beginners can quickly learn the basics and begin building Python skills. For a more experienced Programmer, the tutorial could serve as a refresher on the fundamentals of Python code and the many applications of Python.

Why Is Python so Popular?

Python is such a popular programming language because it is straightforward to learn and use, and because Python functions can be carried out with simpler commands and less text than most competing languages. Python is, in fact, is the language of choice for a number of the world-class tech products we use in our daily lives and is a force behind how we interact with the world.

Python is currently used by Netflix, Pixar, Meta, Wikipedia, Google, JP Morgan Chase, Spotify, Yahoo!, Reddit, Pinterest, and NASA, among many other top companies. It’s actually one of the four main languages at Google, and YouTube is largely written in Python. Python also remains the language of choice for automation and scripting, both for large-scale Fortune 500 projects, or smaller scale tasks that can simplify work by automating tedious tasks.

Python's popularity also owes to the fact that Python is available for free on its official website and because it's open-source – anyone can update Python or add new features. It also helps that Python can run efficiently across all platforms, including Windows, Mac, and Linux.

What Type of Programming Language Is Python?

Python is an interpreted, object-oriented, high-level programming language. Unlike many other languages, Python is also an open-source, cross-platform language, which means that it can be run on Mac, Windows, Linux, and Raspberry Pi.

Apart from this, Python differs from other programming languages in a few ways, including using new lines to complete a command (as opposed to semicolon or parentheses), and whitespace to define the scope of loops, functions, and classes (as opposed to the curly brackets used in other languages).

What Is Python Used For?

Python is used for everything from web development to data science, machine learning, and more. In fact, the number of potential real-world applications for Python is endless.

Python's ease of use and features have made it a versatile programming language for a range of tasks and projects, including server-side web development, software development, creating workflows, connecting database systems, big data and complex mathematics, rapid prototyping, data visualization, and system scripting, among many other tasks.

Python is one of those invisible forces with a presence in our mobile devices, software applications, web searches, and gaming (and beyond). Python is also used in scientific and mathematical computing, AI projects, and it has been successfully embedded in numerous software products, including visual effects compositor Nuke, 3D modelers, and animation packages.

Is Python Hard to Learn?

Python is not considered particularly hard to learn, and in fact, is typically considered one of the easiest and most intuitive programming languages to learn.

Python is considered by some to be the best first language to learn because of its user-friendly and intuitive nature. Writing Python code is accessible and relatively straightforward, as it is a dynamically typed language and therefore the rules are more forgiving than some other coding languages.

Although Python is not difficult to learn, that doesn't mean it is in any way limited in terms of the way you can apply it. In fact, Python code is behind some extremely complex web pages and web applications.

What Is the Best Way to Learn Python?

The best way to learn Python is to first explore free online resources, including Python tutorials or online courses, and to learn the basics of other programming languages like HTML, CSS, and JavaScript. To take the next step, though, you should then consider a dedicated coding bootcamp or Python certification course, where you can put your new skills into practice by working on your own real-life Python projects.

Due to the wide variety of applications for Python, the first step in learning Python should be defining your goals — because if you're interested in learning Python for data science, for instance, your process will be much different than learning Python for web development. Python tutorials and other resources should help you learn basic Python syntax, and, not long after that, you might begin to look into making your own projects.

The best way to really develop your Python skills in a focused and efficient way, while also building out a Python project portfolio, would be to attend a Python course or coding bootcamp. BrainStation offers a part-time Python certificate course, while our Data Science bootcamp likewise offers extensive Python instruction.

Do I Have to Learn Python for Data Science?

It is crucial to learn Python for data science, as Python is used for a variety of essential data tasks, including data cleaning, data analysis, data visualization, and more.

Data Scientists use Python because of its unique ability to handle large volumes of data. Python's packages and libraries are also a powerful tool for Data Scientists, allowing them to perform more advanced work quickly and efficiently.

Data Scientists will also find Python to be a crucial tool for machine learning. From speech recognition to automating financial services, Python can access specific machine learning libraries and frameworks that allow for working with AI.

For the first time in 20 years, Python was the most-searched programming language on the 25 most popular search engines and websites including Google, Bing, Yahoo, and YouTube, according to Tiobe, an index that calculates popularity based on the number of web searches. Tiobe's survey found that Python had the lead among search queries with an 11.27 percent share, followed by C, Java, and others.

What Are the Best Books to Learn Python?

The best books to learn Python will either be geared toward people who are entirely new to programming and who want to learn Python first, or slightly more experienced Programmers who have some experience with other languages but haven't used Python.

Some of the best Python books for beginners include:

• Think Python: How to Think Like a Computer Scientist by Allen B. Downey

What Are Some Python Project Ideas for Beginners?

Python project ideas for beginners could include using Python to create a data analysis around a topic that interests you, to make a simple but interactive computer game, or to build a straightforward website or mobile app.

If you want to learn Python for data science, a good Python project for a beginner could be to dig deeper into your own data — say, an analysis of your Amazon spending habits — or to download one of many publicly available datasets from sources like BuzzFeed, FiveThirtyEight, or NASA and applying Python for a data visualization project.

If your goal is to learn Python for software development, a good beginner Python project could be creating a Tic-Tac-Toe game or an interactive Python Mad Libs. Meanwhile, if web development or building mobile apps is closer to your focus, you could use Python to build a secure password generator or to create an interactive quiz.

Looking for Another Programming Language?

Create an account to get immediate access to this tutorial. By creating an account, you will also receive exclusive offers and updates about new courses, workshops and events.