Why Is Gender Balance Important for Companies (and How Can They Improve It)?

This might be surprising, but it shouldn’t be; according to GM’s 2018 Diversity and Inclusion Report, women comprise 45 percent of GM’s Board of Directors, and the company has a long legacy of inclusion. In fact, GM established the first women’s dealer program and hired the first woman CEO and Chairman in the auto industry.

“General Motors is focused on building a winning culture – one that provides opportunity and an environment that allows each employee to reach his or her highest potential,” Ken Barrett, Global Chief Diversity Officer of General Motors, told us.

“We understand that we win together as one team and share the responsibility of helping GM shape the future of mobility.”

While GM has raced to the front of the pack, there are many companies focusing on gender balance and increasing workplace diversity. Here are some reasons why it’s become so important (and how companies can improve it).

Your Company Will Make More Money

At pharmaceutical company Merck – which was the fourth-best company worldwide in gender balance according to Equileap’s findings – diversity, inclusion, and balance are core parts of the organization’s mandate. That focus has paid dividends in a number of important ways. 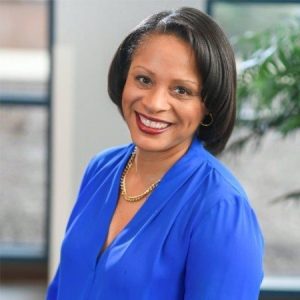 “The world is full of people with different backgrounds, perspectives, and experiences. At Merck, we recognize that in order to have the greatest impact, we need to champion a workforce that reflects the people we serve,” Celeste Warren, Vice President of Human Resources & Global Diversity and Inclusion Center of Excellence at Merck, told us.

“This is a top priority for us and we see the benefits of diversity and inclusion every day in a number of ways.

“When you have a variety of voices and styles at the table, you experience increased innovation, improved productivity, better decisions, and business results; not to mention a much more engaged and happier workforce.”

There’s plenty of evidence of the effect gender balance has on the financial fortunes and efficiency of an organization.

An often-cited report from Credit Suisse Research Institute found that companies with women Directors outperformed those without in average growth, price/book-value multiples, and return on equity.

Another global study showed that in the companies in the top 20 percent of financial performances, 27 percent of their leaders were women, while the bottom 20 percent employed only had 19 percent of leadership roles occupied by women.

Following those findings, the company formally targeted achieving gender-balanced management teams in all its business units by 2025.

“The case can’t be clearer – gender balance in business can’t be labeled purely a women’s issue or a matter of diversity for diversity’s sake. It’s an economic issue, and addressing it can benefit business and economic performance, thereby impacting all stakeholders.”

Promoting Gender Balance Will Help the Economy as a Whole

A report from the McKinsey Global Institute estimated that $12 trillion can be added to global growth by advancing gender equality.

Meanwhile, there’s a significant risk if companies don’t get up to speed. Christine Lagarde, Managing Director and Chairwoman of the International Monetary Fund, recently cautioned that the world is in danger of establishing a “mediocre normal” of slower growth as populations age and economic disparities increase.

“We will need all the economic growth, dynamism, and ingenuity we can get in the years ahead,” she said. “Thankfully, a key part of the solution is staring us right in the face: unleashing the economic power of women (and) bringing the world’s largest excluded group into the fold.”

Your Company Will be a Happier Place to Work

As Warren mentioned, employees generally prefer to work in a balanced workplace.

There are other serious risks associated with this kind of inequality.

The Pew study found that 49 percent of women whose workplaces are mostly male say sexual harassment is a problem, compared to only 32 percent of women who work in mostly female workplaces. Women at imbalanced workplaces were also much more likely to report gender-based disparities in pay, treatment, and support than those working in balanced environments.

It’s the Right Thing to do

Simply put, many companies feel they have a moral imperative to balance out the genders of their workforce.

“At our core, we believe that having a diverse workforce – including all dimensions of diversity – is fundamental to our success,” Warren of Merck said. “By breaking down barriers, changing mindsets and deepening perspectives, we are inspiring the next great idea or invention that can lead to better health.

“When there is gender balance, everyone wins.”

How Employers Can Improve Gender Balance

If you’re now convinced of the benefits of diversifying your company, it’s time to look at the best methods to help you get there.

The first thing to do is to take a close look at your culture – and change it. That is harder than it sounds. Research from Harvard shows that people are not aware of the extent that their ingrained biases have supported inaccurate ideas about women.

“I realized that if you want to make a difference in your organization, first and foremost, you have to go through all the ‘plumbing’ – your systems and procedures, the way you recruit, the way you promote people – and take steps to rid the system of bias,” said Richard Nesbitt, CEO of the Global Risk Institute for Financial Services.

“People have to understand that systemic bias is pervasive, and we have to take proactive steps to fight it.” 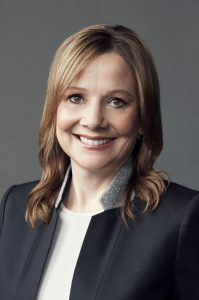 Since research has shown that rigid hours is a key issue for women – who still widely juggle disproportionately large roles in family caregiving – employers should look to offer more flexibility in hours and even on-site child care.

Then, of course, the gender pay gap needs to be addressed. The World Economic Forum forecast that it may take 118 years to close that gap, and it’s not hard to imagine the massive toll that would take on the world’s economy.

Finally, it’s important to ensure this balance is sustainable. It’s not enough to simply go on a hiring spree of women then sit back and consider your job done.

Again, General Motors offers lessons on how to maintain an inclusive and diverse workforce well into the future. Some of the company policies and programs helping to further that goal include GM’s more than 20 women’s councils around the world, its Executive Leadership Program focusing on women, and the Take 2 internship program that targets applicants (both women and men) with technical backgrounds who have taken career breaks for more than two years.

“Diversity is all about the pipeline. And it’s not just about gender, but about all forms of diversity,” Mary Barra, Chairwoman and CEO of General Motors Company, told BrainStation.

BrainStation announces the EY Women in Technology Scholarship will continue this year to make learning opportunities accessible to women around the world.