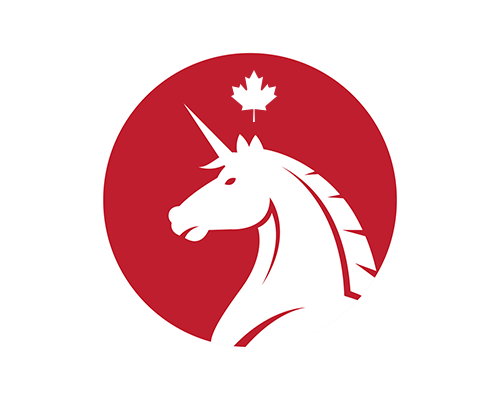 Everyone is talking about Shopify and Hootsuite, the elusive unicorns of our Canadian startup community.

A “unicorn” in the tech industry refers to a startup company with a valuation of close to, or over $1 billion dollars.

Fortune magazine has listed over 80 unicorns globally with at least eight of them being “decacorns” (having a valuation over the $10 billion mark). The seemingly elusive creature you’ve only heard about, but have never seen, is becoming far less mythical with a powerful market to back disruptive technologies.

Shopify was founded in Canada’s capital in 2004 by Tobias Lutke, Daniel Weinand and Scott Lake. The founders created the software after reportedly being displeased with the existing e-commerce products while trying to develop their online snowboarding equipment store, Snowdevil. Lutke used Ruby on Rails to fully build out Snowdevil’s online store then launched the platform as Shopify only two years later.

Shopify was named Ottawa’s fastest growing company in 2010 and today has over 150,000 users. After only 3 rounds of funding they were able to raise an impressive $122 million dollars and filed for an IPO earlier last month. It is no wonder they have recently had a valuation of close to the billion dollar mark and are on everyone’s unicorn watch list.

Based in Vancouver, Hootsuite has several offices worldwide, with over 10 million users and 744 of the Fortune 1000 companies. After 6 rounds of funding, Hootsuite managed to raise just over $249 million making it a shoo-in for the unicorn list.

MUST READ: Slack is the World’s Fastest Startup to Reach $2 Billion Ever

The hopeful supporters of the Canadian tech industry are keeping a close eye on these companies as they continue to acquire, and move toward their potential exits. But this isn’t the first time Canadians have had some brag-worthy startups approach the $1 billion mark.

Let’s take a moment to appreciate the unicorns of our past, those commendable companies of the 90’s with a valuation that exceeded expectations. These Canadian companies effectively followed through and went public with impressive exits:

Remember Eloqua? Started in 1999, here in Toronto by Mark Organ, Steve Woods and Abe Wagner.  Eloqua originally focused on improving demand management and lead generation services. In August of 2012 Eloqua went public with an opening stock price of $12.02 per share. In December of 2012 it was acquired by Oracle for $871M.

Original founder Mark Organ went on to be the CEO and founder of the successful Toronto based startup, Influitive. Influitive has raised over $10 million in two rounds of funding and has increased their sales by 145% since their seed round.

In 2014, Paul Teshima and Steven Woods, both ex-Eloqua executives, went on to create another successful Toronto based startup called Nudge. Nudge is a relationship management application.

We couldn’t possibly talk about the unicorn’s of our past without mentioning OpenText. Beginning their legacy in 1991 with one of the first search engines of the internet, this Waterloo based giant is now considered Canada’s largest software company. Today the company offers a plethora of services ranging from Enterprise Content Management (ECM) to Customer Process Management (CEM) and Information Exchange (iX). OpenText went public in 1996 and currently has a market cap of $7.23 billion dollars.

The anticipation is that our present unicorns will repeat the accomplishments of their predecessors, going forth to spin off more potential unicorn babies, or obtaining “software giant” status. At this point we can only speculate about their probable gargantuan success, but until they pen those final deals, we’ll just have to hope we haven’t seen the last of the Canadian unicorns.