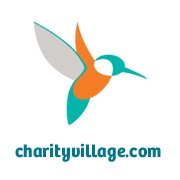 TalentEgg has been acquired by CharityVillage, a job board for Canada’s nonprofit sector.

TalentEgg started in Toronto in 2008 as a startup that helped Canadian employers connect with students and recent graduates.

“TalentEgg has played and continues to play a significant role in helping students, grads and employers reach their potential,” says founder Lauren Friese. “The journey is just beginning, and it couldn’t be in better hands.”