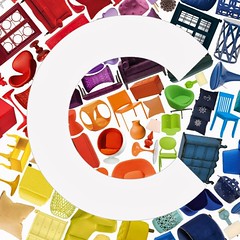 Cymax announced today that it has closed a $30 million Series A funding round.

The financing round was led by Frind Holdings, BDC Ventures and Salman Partners.

Techivbes reported this summer that the under-the-radar Burnaby, BC-based company was a $100 million tech company that sells furniture. Today’s announcement has the Canadian e-commerce company on track to do $180 million in sales this year with even bigger plans for 2016.

Cymax will be launching an end-to-end e-commerce solution for furniture retailers and proprietary technology that streamlines shipping and logistics, the company says.

“Right now only 15 percent of purchases in the $235 billion home furnishing category happen online. Inventory management and shipping logistics are major pain points for retailers, and lack of selection, extended delivery times and damaged goods are hindering the market on the consumer side,” said Arash Fasihi, CEO of Cymax.

RELATED: Cymax is hiring! Check out their 42 Career Opportunities Here

“Purchasing a couch or a table should be as simple as buying a book off Amazon. Our technology will empower retailers to bring more choices to market and ensure furniture arrives at consumers’ homes quickly and in-tact.”

Impressive sales numbers initially attracted the interest of investors like Markus Frind, the Plenty of Fish founder who recently sold his online dating startup to Match.com for US $575 million, but it is Cymax’s technology and first-to-market opportunity in a lagging e-commerce category that is capturing the long-term interest of investors.

“Cymax is a leader in the multi billion dollar furniture industry, but its multi-platform business model and pioneering approach of logistics and shipping technology for online furniture sales is where I see huge potential for growth,” said Frind.

The funding comes at a time of rapid expansion for Cymax, which has seen 71 percent growth over the past five years, with no major external investments until now. The multi-brand retailer currently showcases the products of more than 300 North American manufacturers and does 97 percent of its sales in the US.

Since launching in 2004, Cymax has connected shoppers with furniture options they couldn’t previously find online by partnering with manufacturers and handling shipping and delivery. The company moves over 1.4 million boxes a year and its success has been built on a technology-first approach.

Cymax uses predictive analytics to optimize inventory delivery and distribution — tools it now plans to make accessible to other retailers as it evolves from an online marketplace into a leader in e-commerce technology.