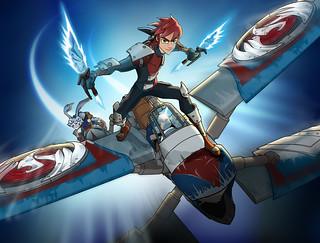 DHX Media, a key player internationally in the creation of content for families and children, has entered into a definitive agreement to acquire Nerd Corps Entertainment and its subsidiaries.

The purchase price will be up to $57 million.

Nerd Corps recorded unaudited fiscal 2013 revenues of approximately $20.0 million, and adjusted EBITDA of approximately $10.6 million. Completion of the transaction is subject to a number of conditions including the receipt of bank and Toronto Stock Exchange consent, and is anticipated to close by December 24, 2014.

The transaction brings more than 200 half hours of proprietary children’s content to DHX’s library, including the hit comedy adventure series, Slugterra, which has been broadcast in more than 150 countries and is one of the most popular titles on Disney XD in both Canada and the US.

Dana Landry, Chief Executive Officer of DHX Media, stated: “Nerd Corps’ highly creative approach and vision has set them apart as one of the most innovative animation production companies in the industry. The popularity of their shows has translated into strong year-over-year growth in both revenue and EBITDA. This acquisition not only brings us Nerd Corps’ library, but also the talent behind it, strengthening our ability to offer brands targeted at key audiences, especially boys 6-14.”