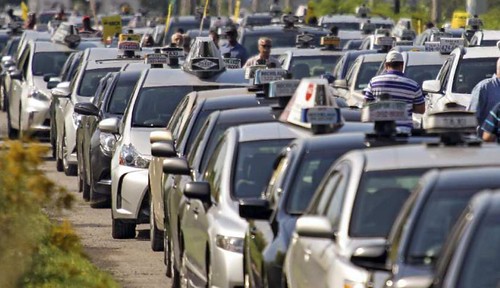 Can a uniform and common courtesy sway consumers toward taxis over Uber?

In 2016, Montreal taxi drivers will have to wear dark pants or shorts and white shirts. They will also be required to step out of their cars for anyone a requests their taxi by phone or app.

Recently, taxis in the city were forced to accept credit and debit cards. Eventually, Montreal plans to make security cameras mandatory as well.

The taxi industry seems fine with the new rules, but is not convinced it will make a singificant difference against Uber’s service. The Montreal Taxi Bureau says it would prefer Uber X simply be removed from the streets.