Just south of the Vancouver Harbour, a nautical-themed office inside Oceanic Plaza couldn’t be a more fitting corporate headquarters for Expedia’s CruiseShipCenters.

A decade ago, travel giant Expedia acquired Vancouver-based CruiseShipCenters. The Canadian vacation franchise company had been operating for two decades when Expedia—at the time exclusive to booking flights and hotels—entered the cruise space in 2007.

For the world’s largest online travel agency, adding cruises to its line of offerings meant also adding brick-and-mortar travel centres to Expedia’s business model. Roughly 75 per cent of cruises are booked with agents, meaning the once online-only travel company has continued to open CruiseShipCenters franchises in North America. By 2020, Expedia expects to double their current franchisees to over 500 stores across Canada and the United States.

Although Expedia is headquartered in Seattle, the Vancouver location remains the HQ of their North American cruise division. And aptly so as the city’s cruise ship terminal welcomes more than 900,000 cruisers each year.

In late 2015, Expedia moved their downtown office to West Hastings where the two-storey space has fully embraced a West Coast land-to-ocean theme. 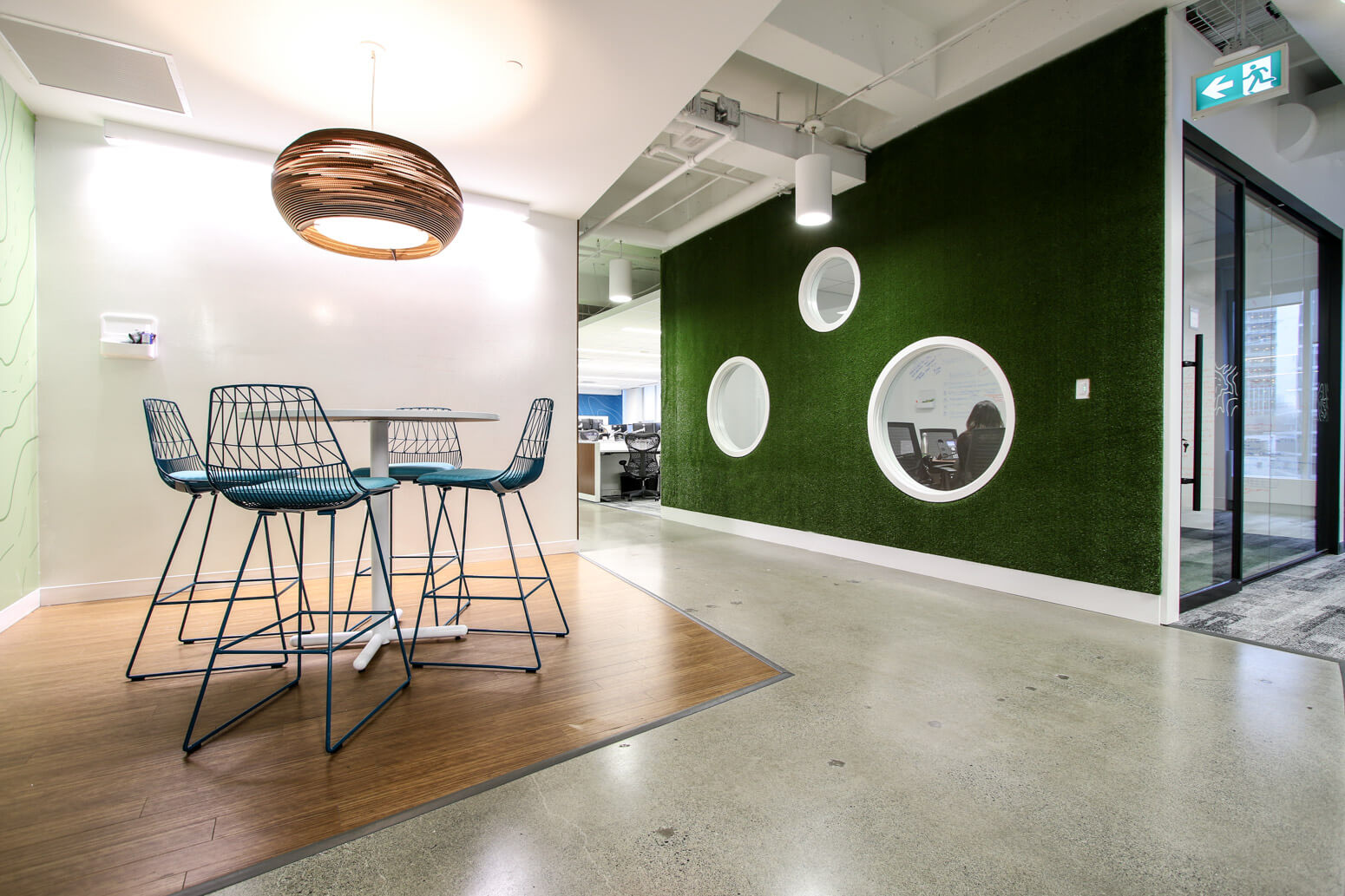 Expedia doubled their Vancouver office space when they set up shop in the new 28,497 square foot CruiseShipCenters HQ. Both Expedia Lodging and Expedia Worldwide Engineering are also part of Expedia’s Vancouver team, and the office’s two floors are currently home to 160 employees.

Design juggernaut Gensler is behind the design of the space, and every other Expedia office. With a bow-shaped reception, the cruise headquarters embodies all things nautical. Topographical drawings and wood relief maps of the Vancouver region adorn the office walls, along with artificial grass and floor-to-ceiling whiteboards. 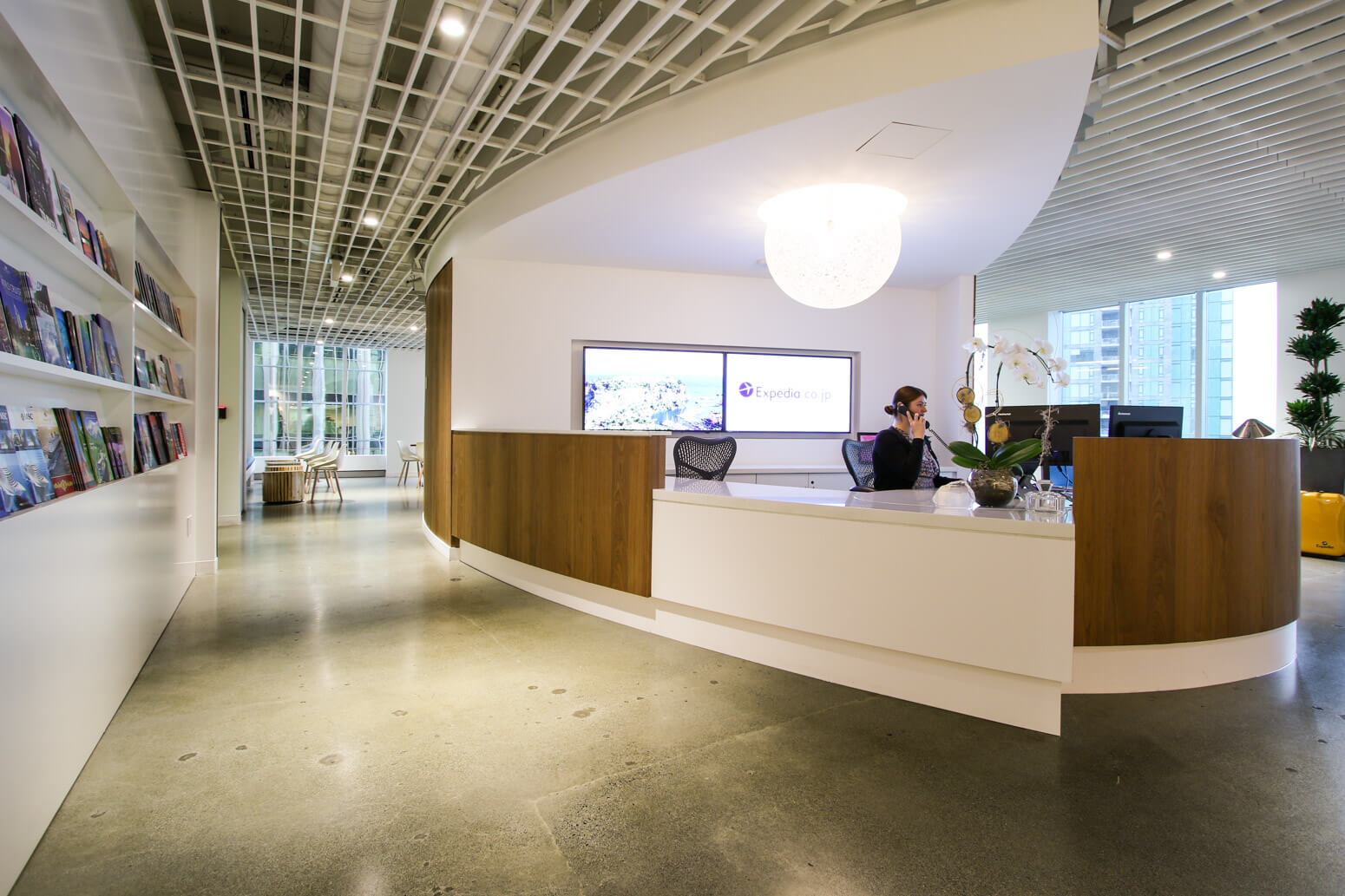 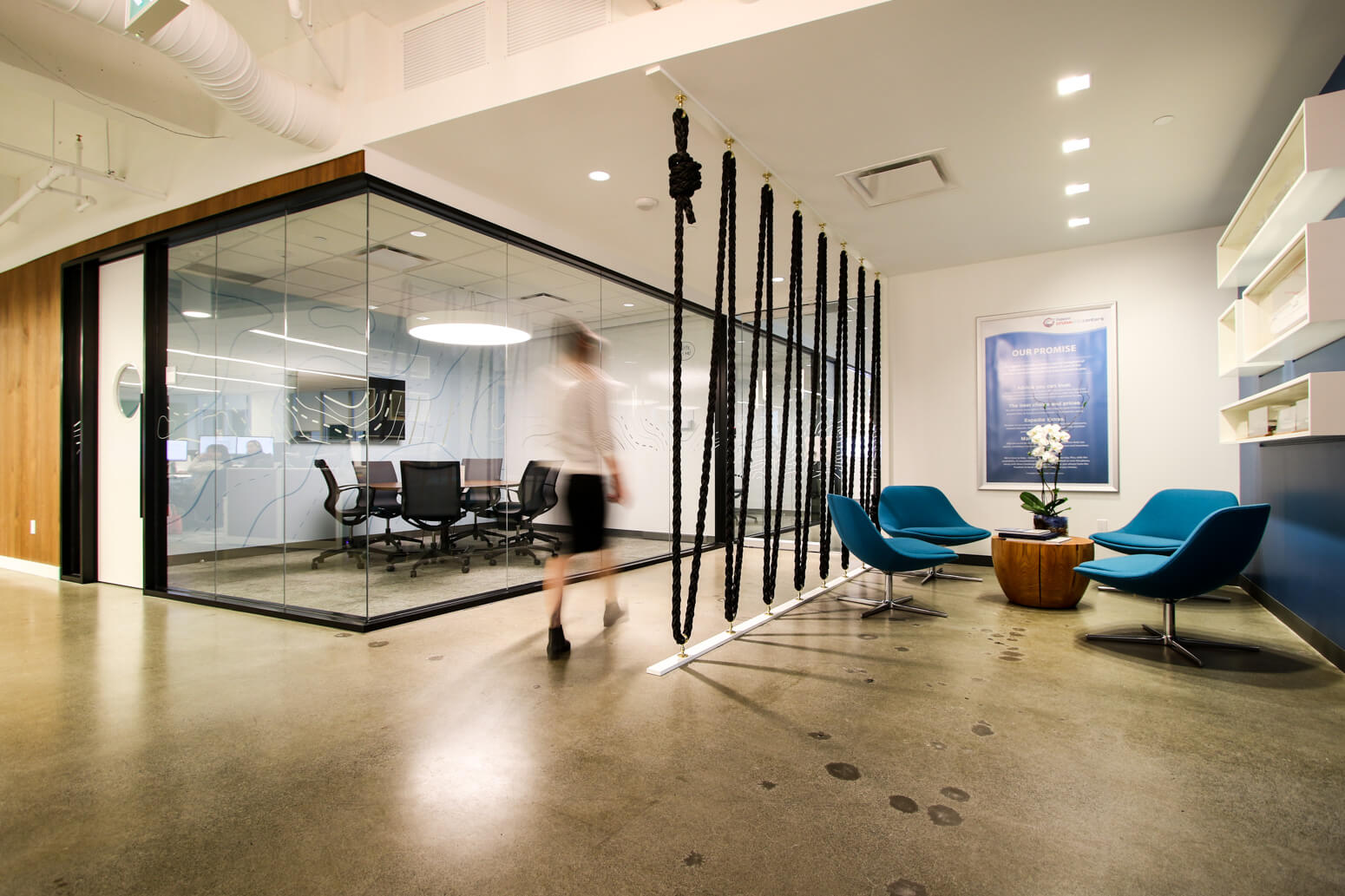 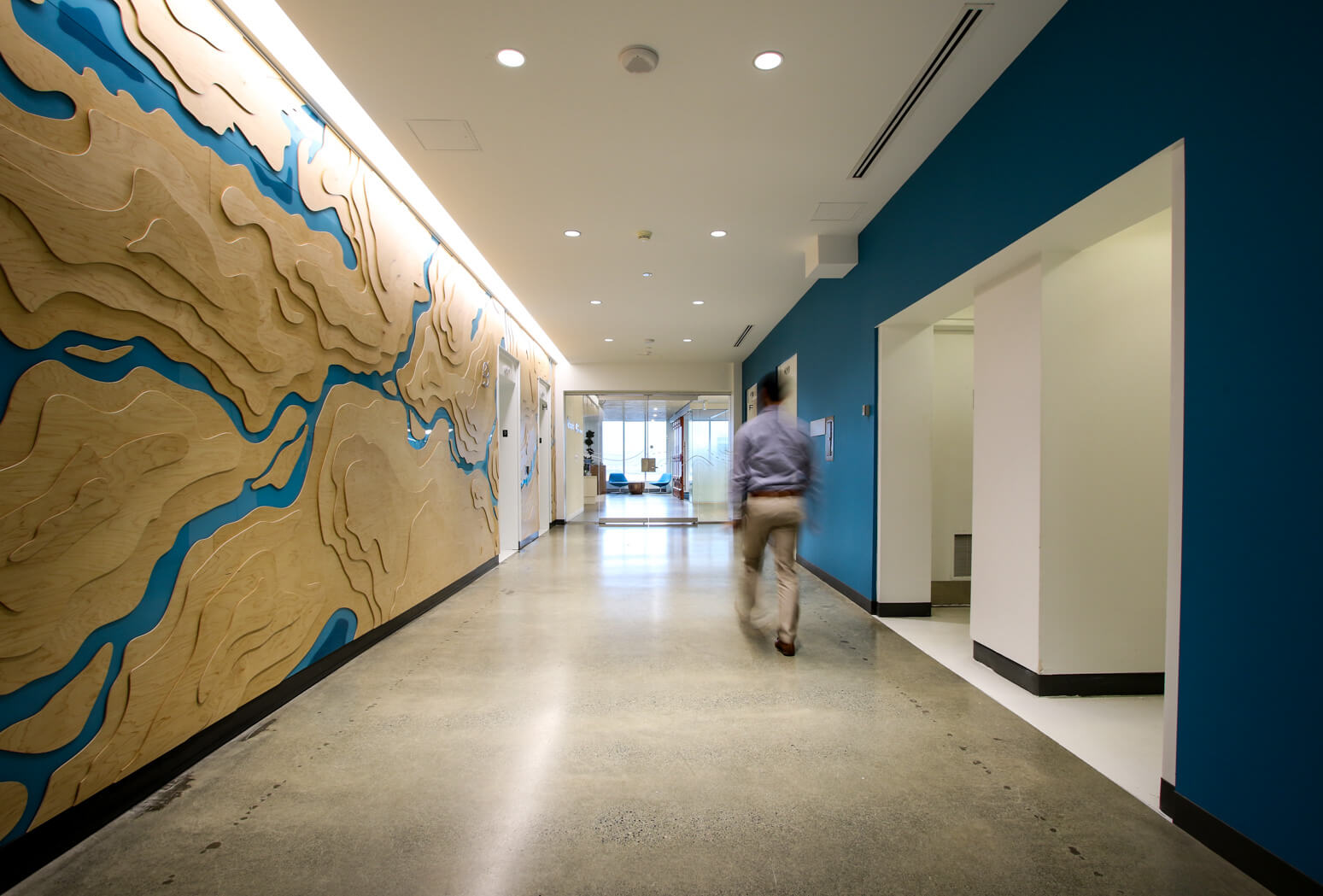 Every workstation is modular and can be converted into standing position when the mood strikes. Breakout workstations and meeting spaces are spread around the perimeter of the office, allowing everyone to enjoy a view of Vancouver’s distinct cityscape. 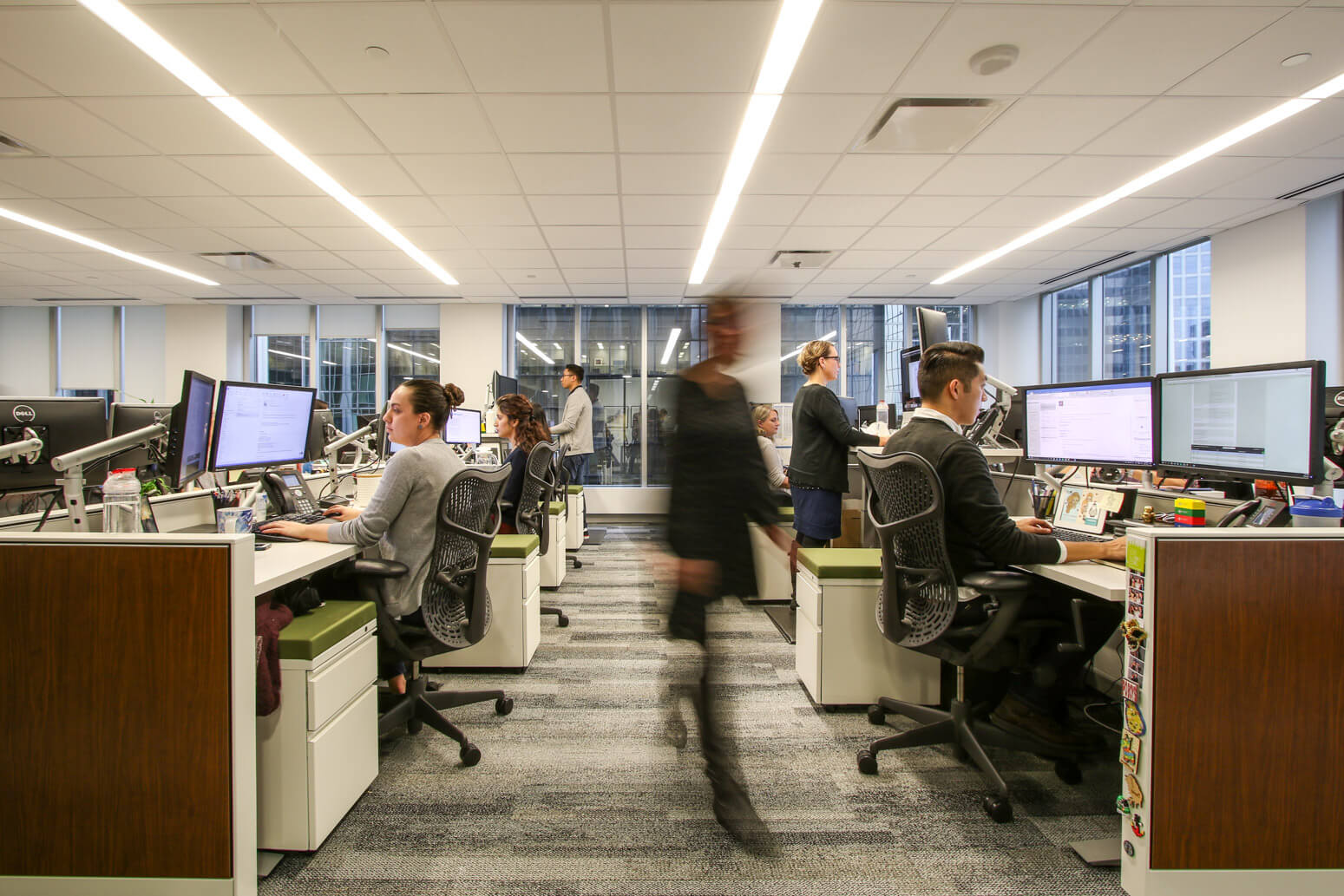 On the north side, employees can take in a view of Burrard Inlet while many of the common spaces look out onto the city’s mountain range backdrop. Room names were also influenced by the land and sea theme: grab a meeting in the Cypress Mountain meeting space or the Boeing boardroom. 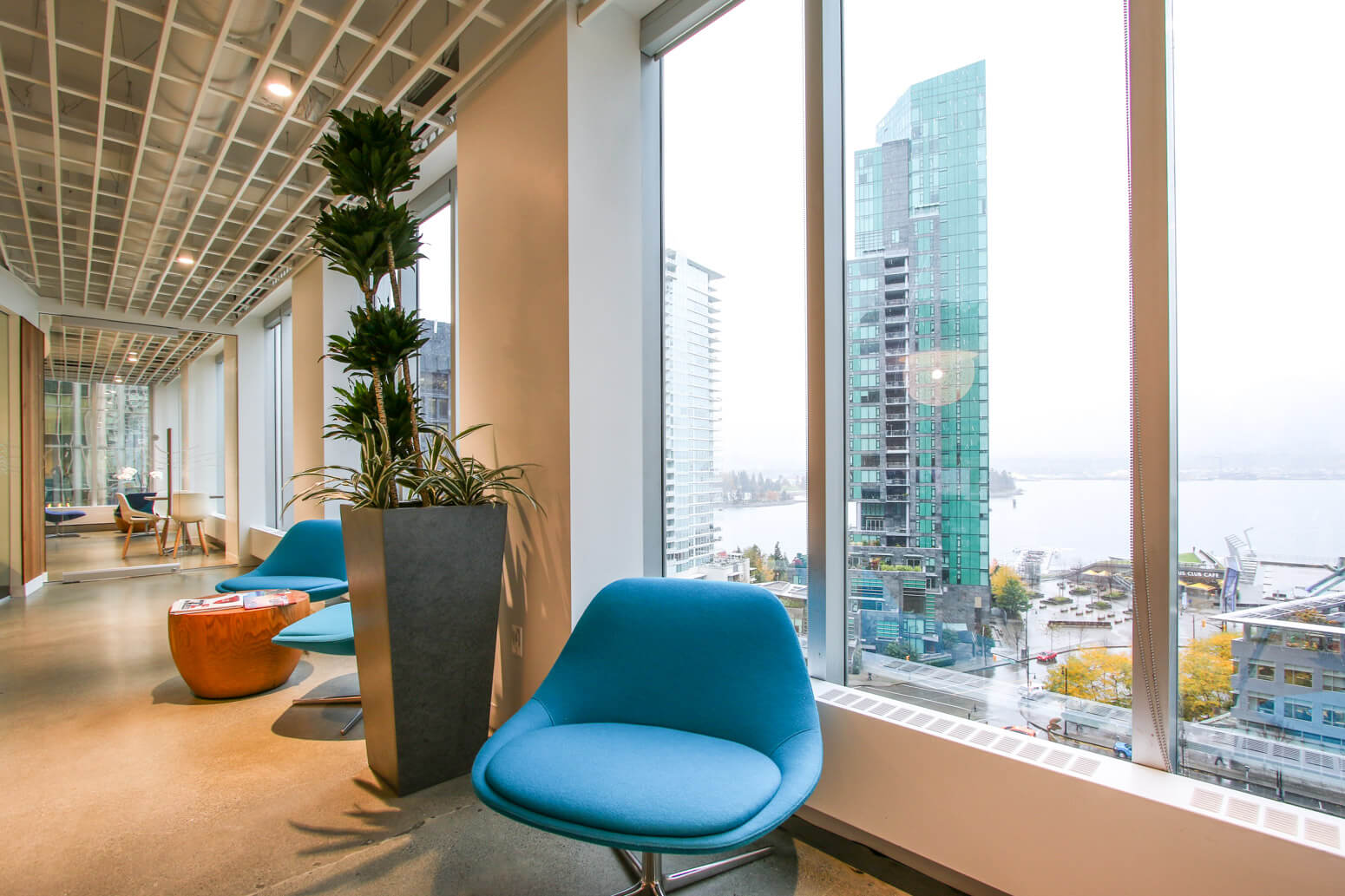 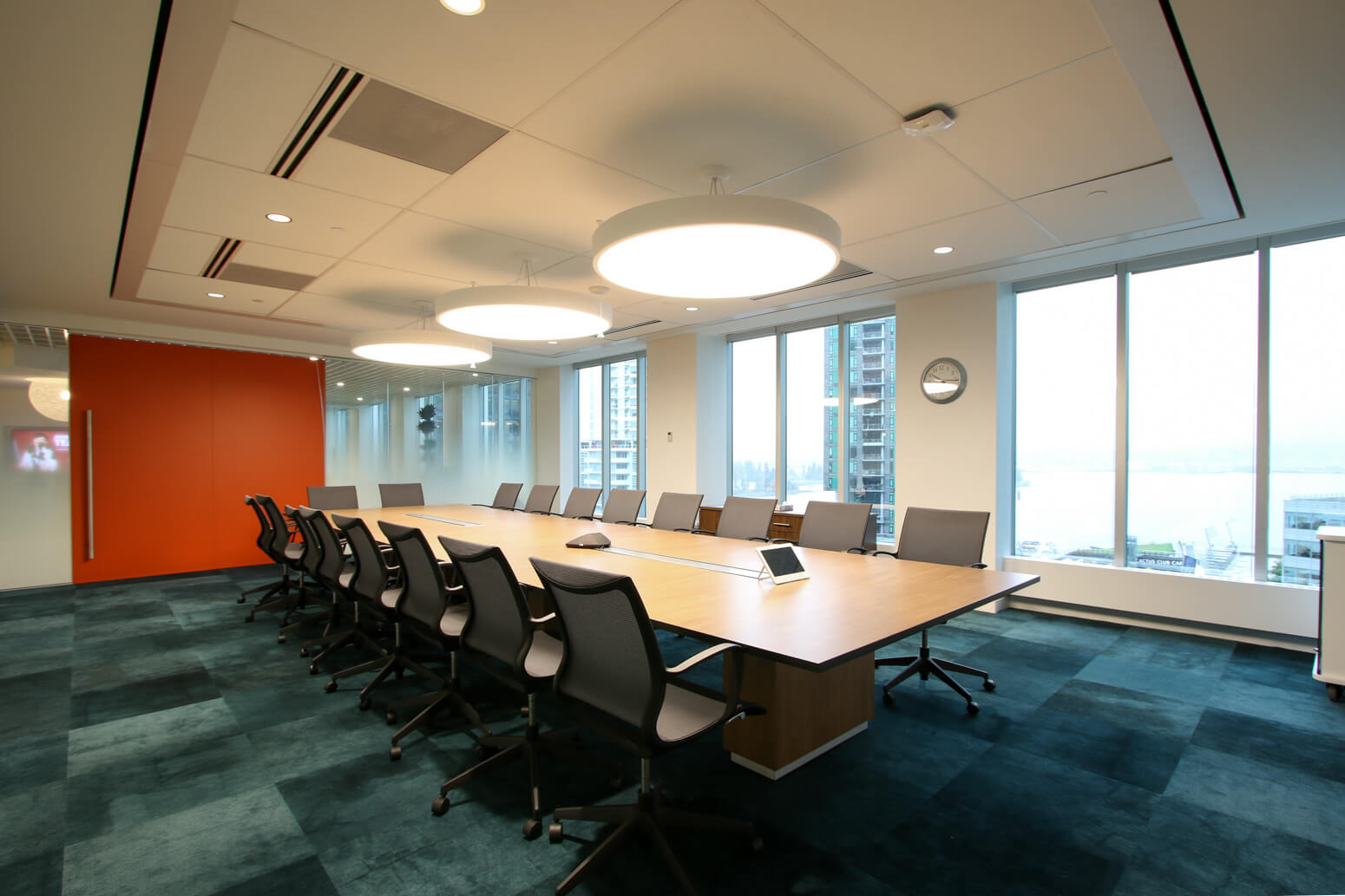 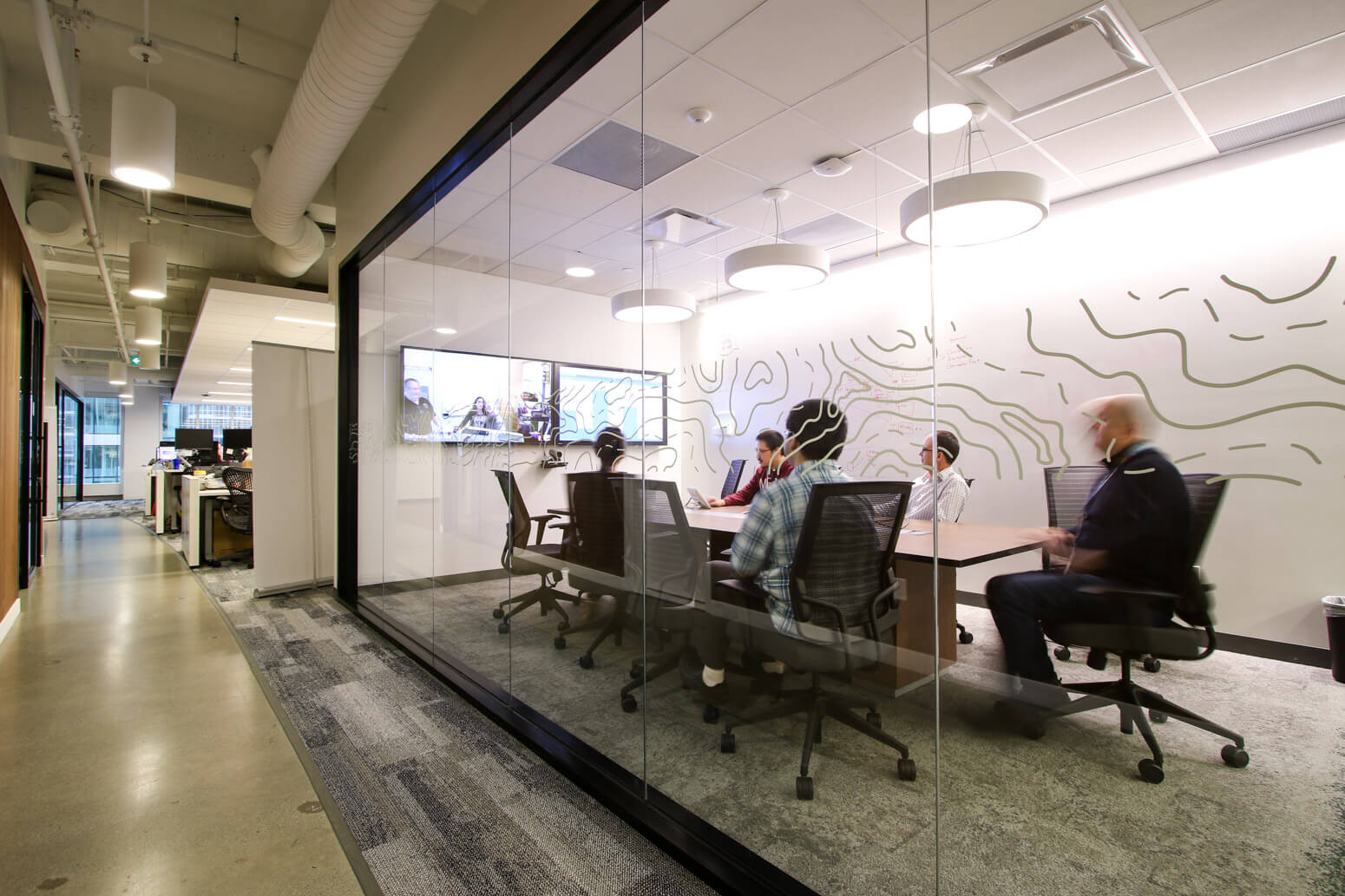 The Marketplace—labelled by rope wrapped around dock cleats on a feature wall—is the office’s social hub and kitchen. The breakroom has everything needed to prep breakfast or lunch, and two fridges are kept stocked with drink favourites. Inside the expansive space, there is also a gaming space and ping pong table for some midday fun.

At Expedia, all utensils and plates are fully compostable, one eco-friendly initiative within an office that boasts a robust recycling system. Using reusable mugs, coffee stations around the office ensure Expedia employees are kept caffeinated throughout the day. 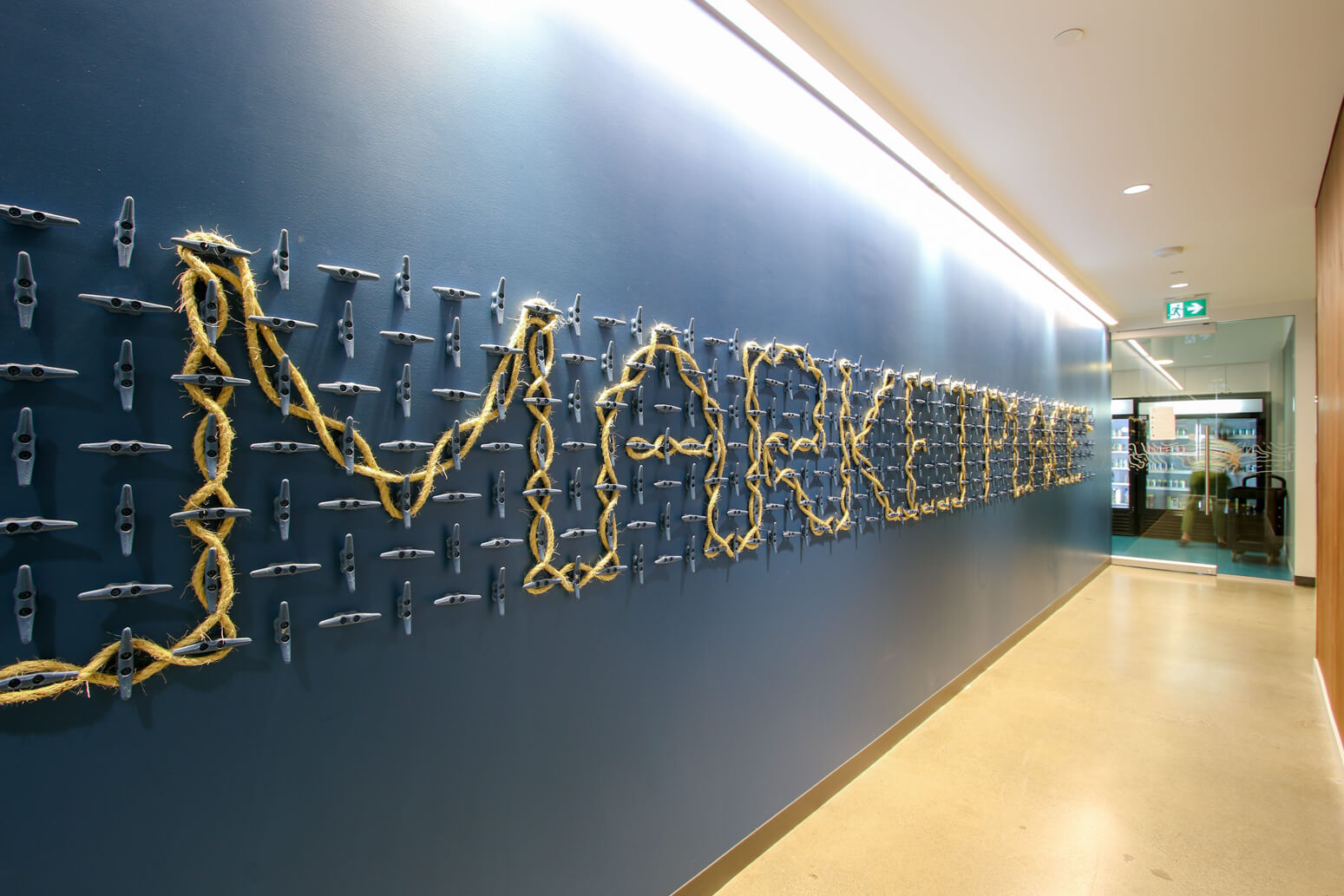 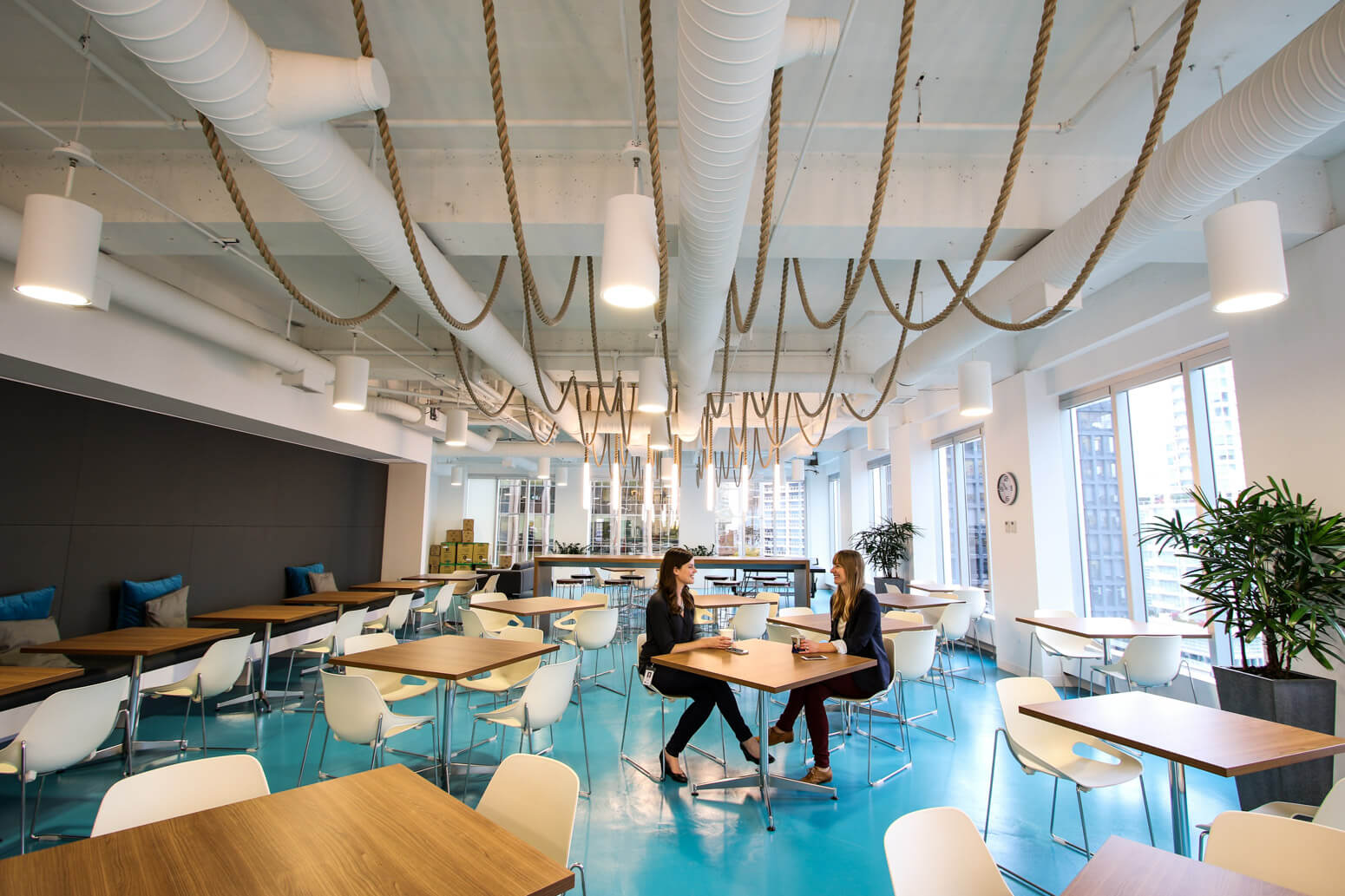 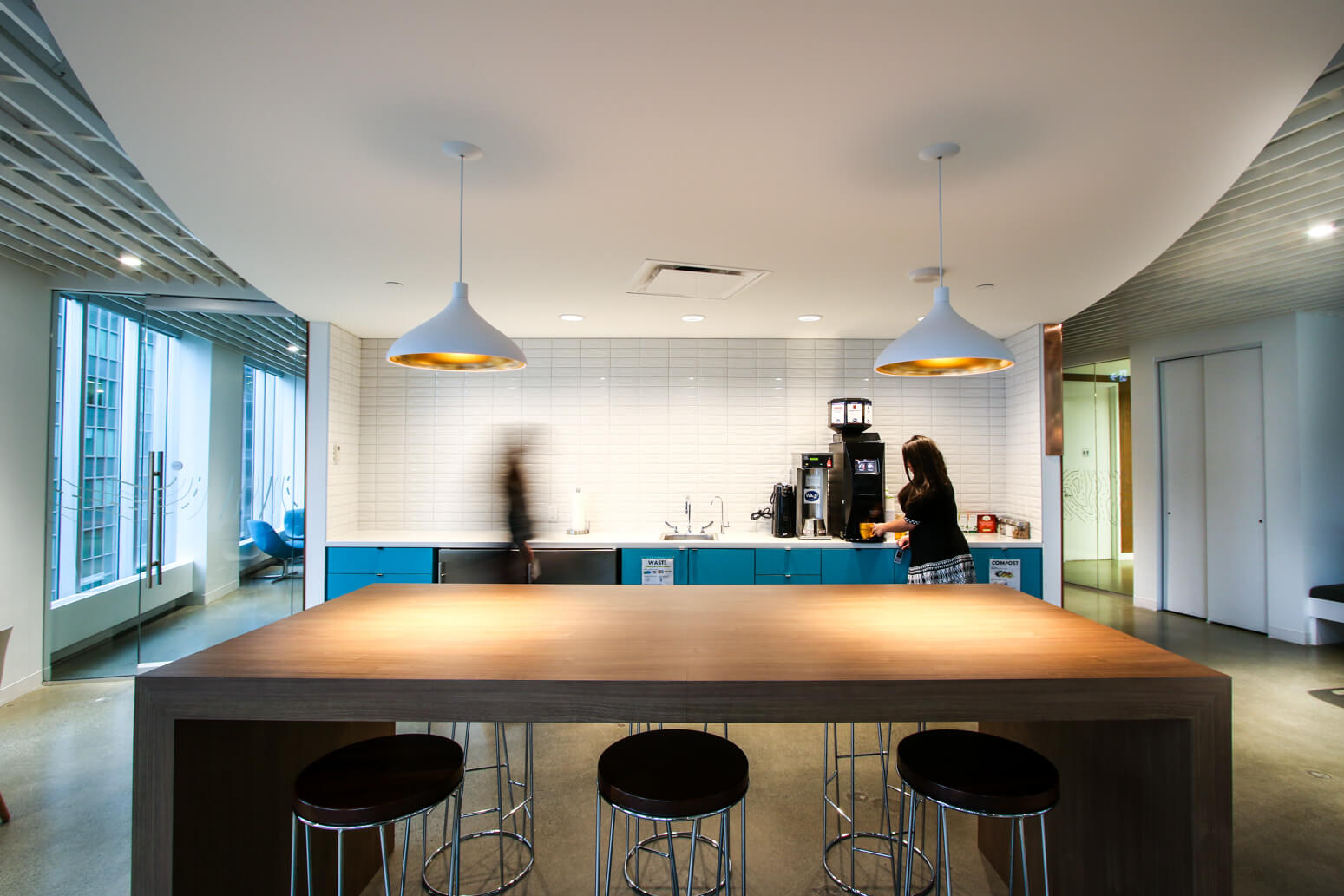 As a company in the vacation business, it is no surprise Expedia’s employees benefit from a generous holiday plan and travel perks. On time off, employees, friends and family can make use of an array of travel credits and preferred rates on Expedia vacations.

Apart from travel, employees also receive a health credit through its well-being initiative—coined go!—to be used on anything from fitness classes to buying equipment. Transit credits and parking passes cut down on commuting costs and the company matches each employee’s RSP contributions to help them save for retirement. 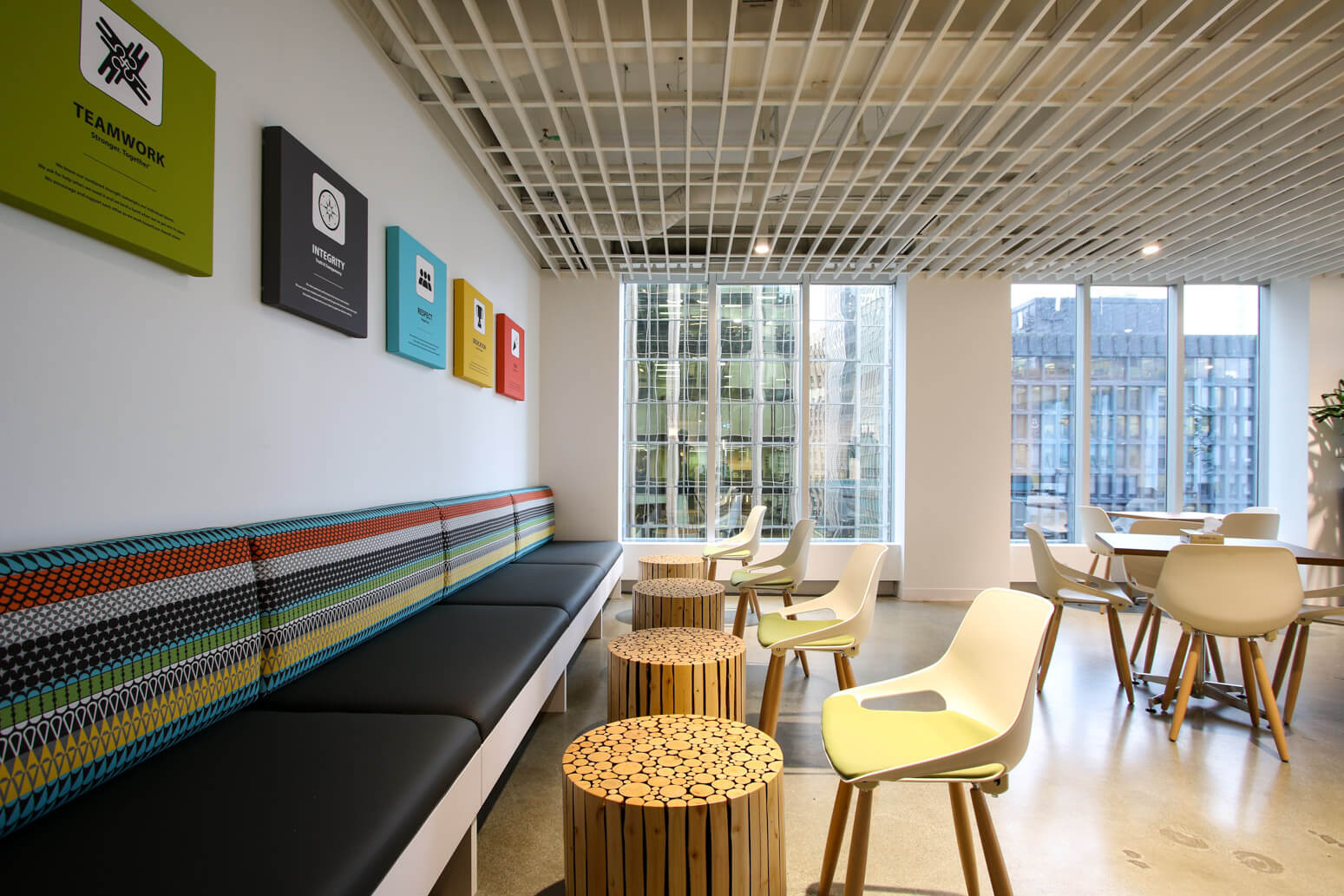 In recent years, Expedia has made a conscious effort to develop women in the company to reach higher leadership positions. This position is further supported through its WELL (Women at Expedia, Leading and Learning) chapters. Every quarter, WELL hosts events that promote women in technology, like the Vancouver chapter documentary screening of Code: Debugging the Gender Gap. The afternoon employee-only viewing was followed by an evening event that invited the greater tech community to join for a panel discussion. 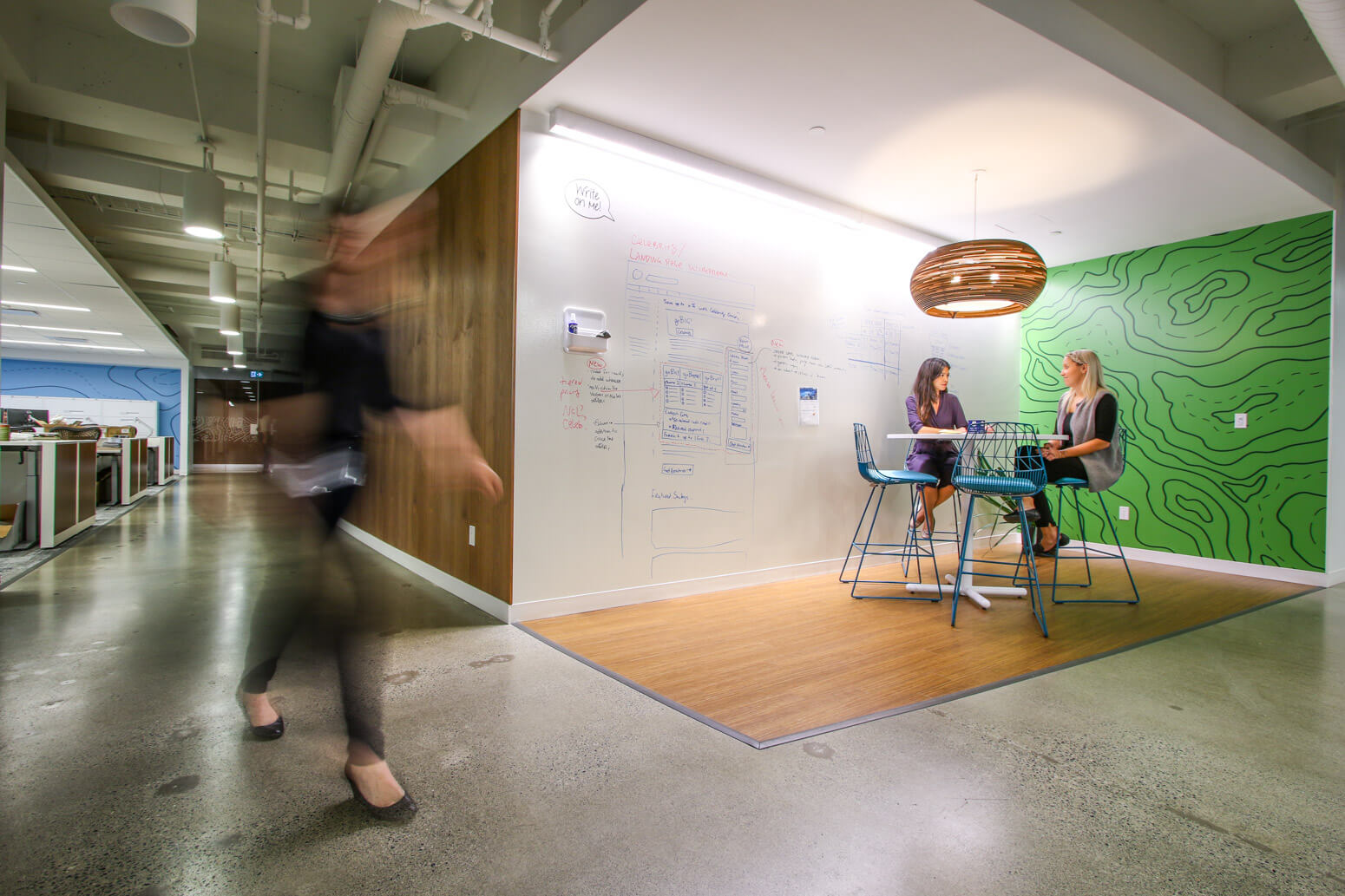 During the company’s Global Day of Caring, all Expedia employees ditch the office and volunteer at select charitable organizations in their communities. Their philanthropic work also extends to the company’s cause of choice: Breast Cancer Awareness Month. During October, Expedia leads different fundraising events from silent auctions to bake sales to pop-up shops that encourage employees to chip in and donate to support cancer research.

Giving to a particular charity can be a very personal choice. As such, Expedia’s matching gift program sees employee donations (to eligible non-profits) matched one-to-one, up to $4,000 US each year.

Employees test their hand-eye coordination in the Expedia office olympics, a new initiative where each department competes in challenges that range from Jenga to beer-less beer pong. Pairs can also sneak off to the Marketplace for a game of table tennis during office hours. 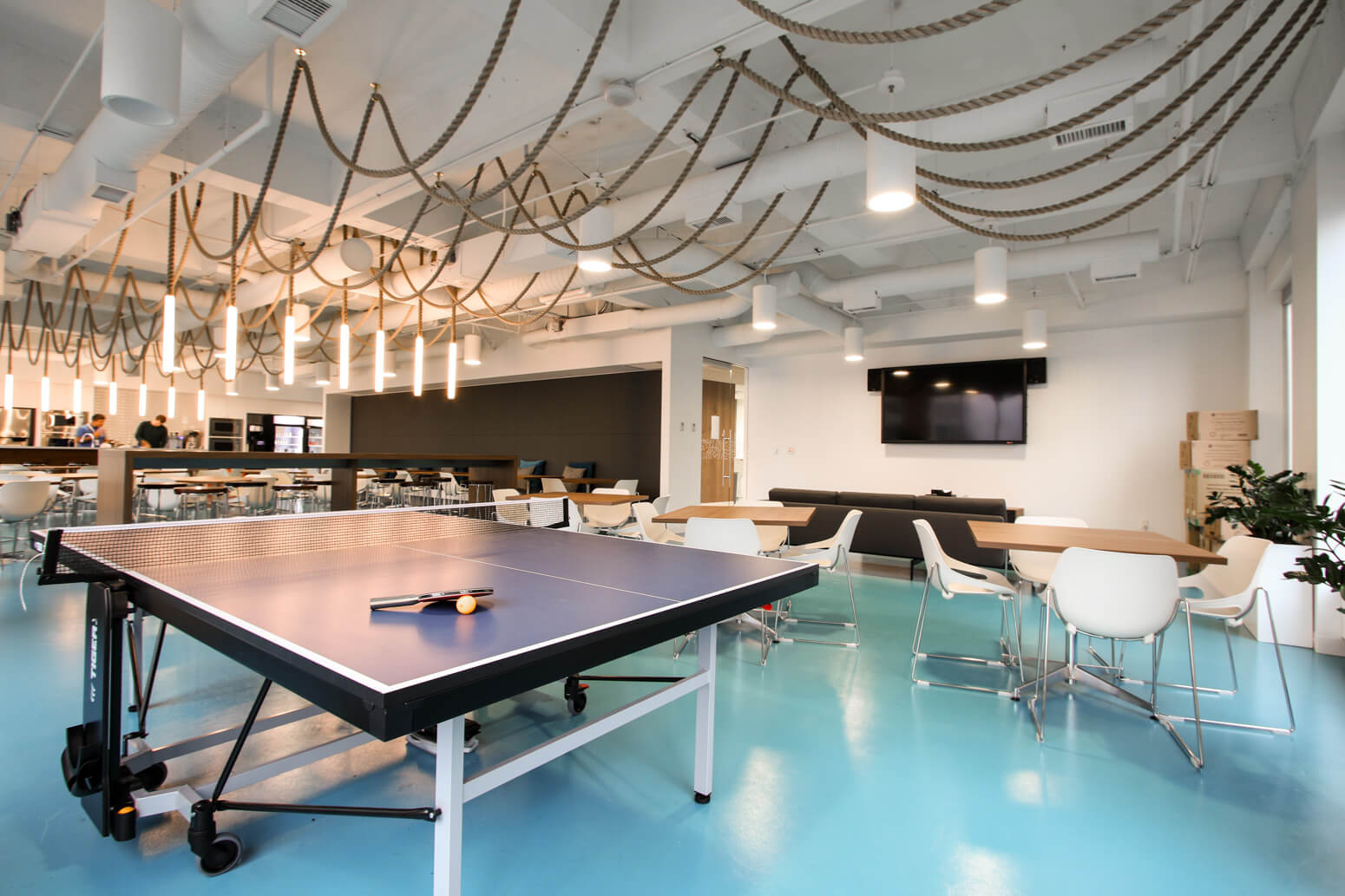 For some after-work socializing, monthly Wind-down Wednesdays give employees a chance to mingle, talk about their next vacation or share what they did on their birthday–a holiday granted by Expedia.

This Vancouver office comes with more than just a view. Weather-willing, the coast is a short walk away for employees to breathe in some salty sea air and watch boats sail into the harbour. 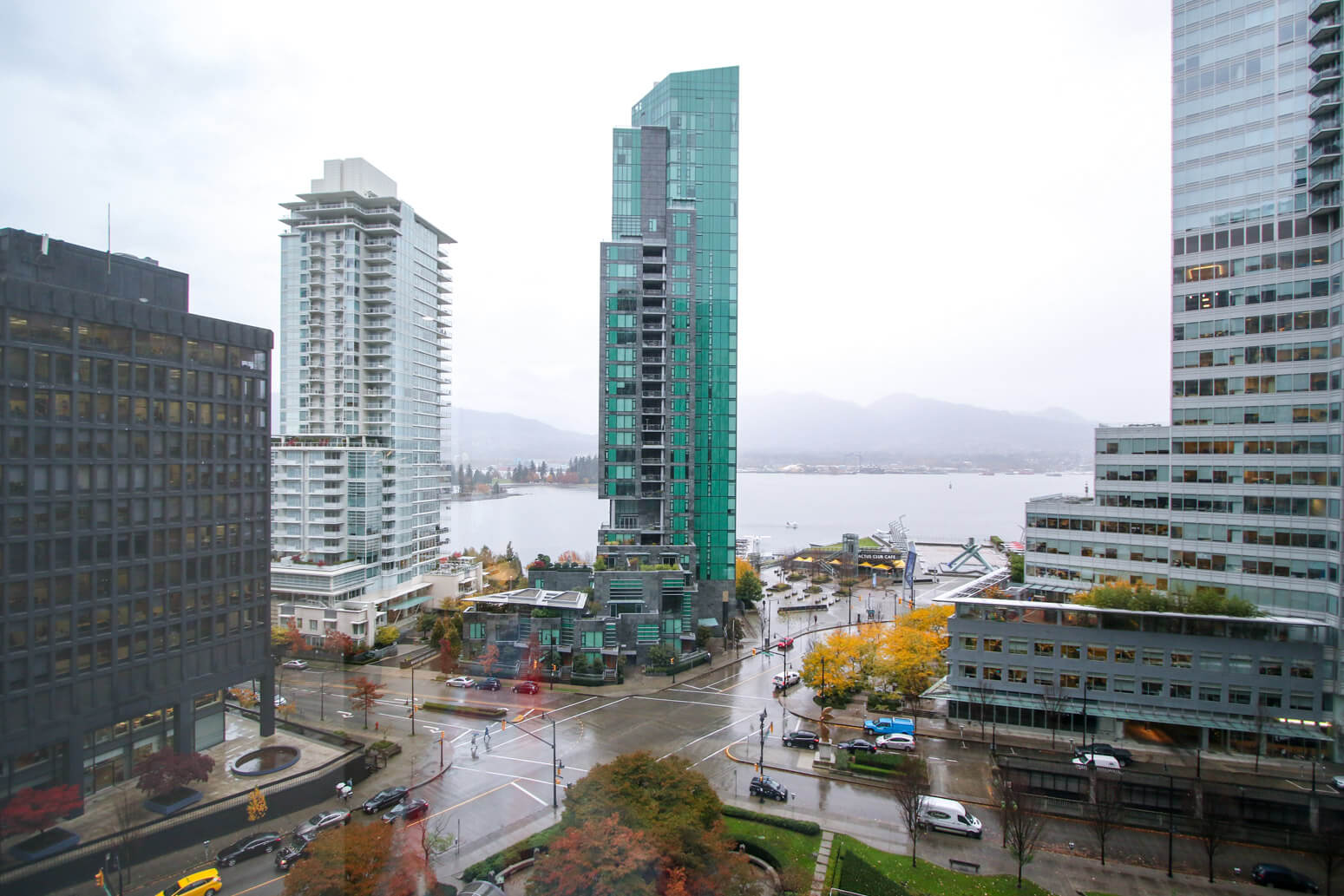