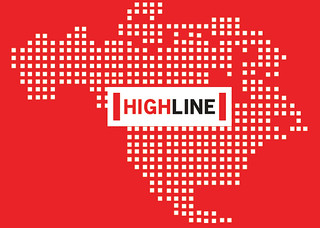 Vancouver’s GrowLab Ventures and Toronto’s Extreme Startups have announced their merger and the launch of HIGHLINE, the first pan-Canadian accelerator platform, at the Toronto Stock Exchange (TSX) this morning.

Extreme Startups’ and GrowLab’s respective Executive Directors, Marcus Daniels and Jonathan Bixby, had a vision to create one program that would unite the best entrepreneurs, investors and ecosystem partners living above the 49th parallel by merging their two top tier accelerator programs.

This vision became a reality with today’s announcement.

The “merger of equals” creates a new powerhouse accelerator platform called HIGHLINE and is made possible by the financial backing of major Canadian VCs, including BDC Capital and Relay Ventures.

BDC Capital was also a shareholder and strategic partner of both accelerators and has been HIGHLINE’s principal strategic backer since the merger was first conceived.

“The accelerator sector is already very mature with over 1,700 programs worldwide,” says Marcus Daniels, HIGHLINE’s cofounder and new CEO. “But less than 60% of them have helped entrepreneurs get funded and 90% have had no exits at all”. Relentlessly focused on evolving the accelerator model, Daniels is a serial entrepreneur and seed investor with 24 years of digital innovation experience.

While Extreme Startups and GrowLab have been among the more successful accelerators (over 90% of their graduates raised follow-on institutional capital totaling more than $27 million, and both programs combined had 3 highly profitable exits over their 30-month existence), Bixby and Daniels saw the merger of their two accelerators as the inevitable next step in order to rise above the noise, evolve the model and attract the very best in Canada. Says Bixby: “I’m really excited that this new entity will not only attract the very best Canadian founders, but that it will also be the best option for many entrepreneurs globally.”

“HIGHLINE’s ambition is to supercharge 1000 founders who will create over $10 billion in equity value outside of Silicon Valley over the next decade,” says Daniels. He expects over 90% of those startups to establish their headquarters in Canada as there are “few better places on the planet to build digital products than the Vancouver-Waterloo-Toronto-Montreal ecosystems”.

“We see this merger as crucial to building off the past strong performance of the two programs,” says Michael Mahon, Director, Venture Capital – Strategic Investments & Partnerships at BDC Capital. “The creation of a premiere pan-Canadian option in a global environment that is increasingly competitive with regards to entrepreneurial talent and capital will be a key differentiator for HIGHLINE.”

BDC Capital had already invested a total of $5.7 million in 38 graduates of HIGHLINE’s predecessors through its convertible notes funding program. The merged entity will remain a core accelerator partner for BDC Capital, says Mahon, and its startups will continue to be eligible to receive its $150,000 convertibles notes.

Varma and Brody join HIGHLINE’s Board of Directors, together with Daniels, BDC Capital’s Michael Mahon and Alex Baker of Relay Ventures. Jonathan Bixby will remain involved as part of the Board of Advisors, alongside such well-known players as Paul Singh, founder of Disruption Corporation and formerly of 500 Startups.

HIGHLINE will begin hosting startups this fall at its Vancouver and Toronto anchor campuses. It will primarily target “digital startup founders close to product-market fit with global ambition to scale”, instead of ventures that are still at the ideation stage. Applications open today at HIGHLINE.vc.

While it will build on the collective experience of GrowLab Ventures and Extreme Startups, HIGHLINE will innovate in a number of ways. For one, it will propose a number of specialized, tailored acceleration “products” rather than a single, one-size-fits-all program as in traditional accelerators.

It will also better support founders’ global ambitions by offering greater and earlier connection to global markets like New York and San Francisco; and it will provide startups with as much as $200,000 in financing, not necessarily at the beginning and end of the program but at timely stages that best fuel their growth.

Bixby and Daniels made the announcement of this merger this morning, shortly before they were invited to open the day’s trading at the Toronto Stock Exchange, together with the management team and founders from HIGHLINE’s portfolio. They then immediately boarded a plane to attend a launch event in Vancouver with their West Coast startups.