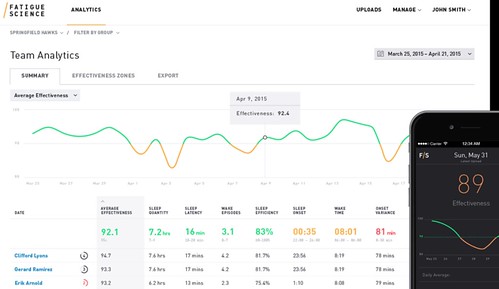 Fatigue in the workplace is a major health and safety issue that requires increased understanding of its impact and prevention.

The Public Services Health and Safety Association says it is “taking major steps to improve how fatigue will be prevented and handled in the workplace.”

The goal is to gather data-driven research to understand the impact of fatigue and implement innovative solutions to prevent it as a workplace hazard, according to the association.

“We know that fatigue in the workplace is a major health and safety issue,” said Glenn Cullen, VP Corporate Programs and Product Development, PSHSA.

Studies have shown that fatigue is about four times more likely to contribute to workplace impairment than drugs or alcohol, and a fatigued worker is at 70 per cent greater risk of accident than a non-fatigued worker.

“We are aiming to develop ways to intervene before fatigue becomes a risk to the health and safety of workers and control the hazard once it has been identified,” Cullen said.

Wearing the Readibands, study participants will be asked to perform a set of tasks, with participants’ natural variation in sleep-related fatigue and work-load factored in to the experiment

“Today, we have little understanding of when and how fatigue intervention should be implemented,” said Cavuoto.

The research will evaluate the interaction of sleep-based fatigue and workload in targeted industries that utilize shifts such as emergency services environments, nursing and manufacturing.

“This research partnership with PSHSA will allow us to build first-of-its-kind fatigue interventions and customize them for particular industries, like fire departments, police and mining to name a few,” Cavuoto added.

Fatigue Science, based in Vancouver, also uses its technology to improve the sleep patterns of elite athletes.