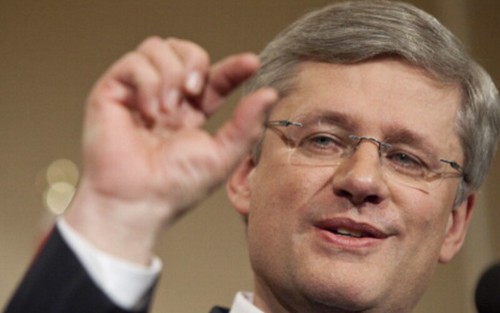 Frederick Ghahramani is pledging $1,000,000 to fight Bill C-51, the newly enacted law that authorizes the government to collect and share Canadians’ private information.

The Canadian technology entrepreneur says the money will go to front-line organizations leading the effort to repeal the legislation, including Canadian Journalists for Free Expression (CJFE), which has launched a charter challenge against the bill, Canadian Internet Policy & Public Interest Clinic at the University of Ottawa (CIPPIC), and Openmedia, whose petition against the bill garnered nearly 300,000 signatures.

“Bill C-51 is bad for business, bad for democracy and bad for Canada,” says Ghahramani, who was the inaugural winner of the New Ventures BC Competition. “This legislation builds a dragnet on over 35,000,000 innocent Canadians, turning every single iPad, laptop and cell phone into a government recording device.”

To demonstrate the arbitrary nature of the surveillance programs authorized by Bill C-51, Ghahramani—a past recipient of the BDC’s Young Entrepreneur of the Year award—is also challenging Stephen Harper to disclose his entire team’s CSIS and CSE captured correspondences, data, and meta-data related to the recent media leaks surrounding the Syrian refugee crisis.

“How can any Canadian CEO freely communicate with their board of directors or staff if sensitive insider information can now be seen by government employees with no checks or balances?” he asks. “How can our capital markets maintain a level playing field and avoid rampant insider trading and front-running if every single board room in Canada is now effectively bugged?”

Many of Canada’s top legal and privacy experts have opposed the implementation of Bill C-51 from its onset, including Daniel Therrien, the Privacy Commissioner of Canada, the Information and Privacy Commissioners of every Canadian province and territory (except New Brunswick), and Michael Geist, University of Ottawa Law Professor, and holder of Canada’s Research Chair in Internet and E-Commerce Law.

Bill C-51 promulgates that information such as health records, tax records, and internet browsing may be freely shared amongst 17 government departments with no arm’s length review or oversight, and that the government may “further disclose it to any person, for any purpose.”