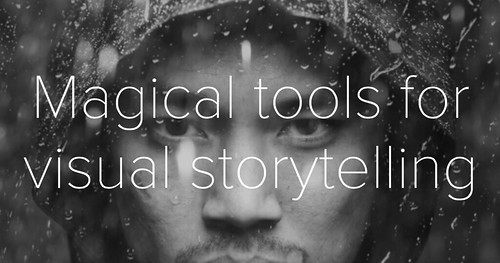 The round also included participation from existing investors as well as angel investors in Australia and Canada.

The Toronto company says it will use the investment to expand its suite of products, and to build on the success of brand partnerships with Facebook, Instagram, America’s Next Top Model, and others.

“Cinemagraphs have the potential to transform the creative and advertising world and we’ve been paying close attention to Flixel since they launched in 2011,” said Sunil Sharma, Managing Director, Extreme Venture Partners.

“The company has captured the imagination of creatives everywhere with their suite of cinemagraph creation apps which presents huge potential for success among photographers, videographers and digital marketers.”

Cinemagraphs are a new visual medium that lives between still photography and videography: a still photo in which a minor but repeated movement occurs.

“Over the last two years we’ve evolved our vision for cinemagraphs from a simple mobile app to a full product suite of creative tools for professionals,” said Flixel CEO Philippe LeBlanc. “It’s exciting to see the rapid adoption of Flixel among top brands and agencies and we’re confident that cinemagraphs will take their place alongside video and still photography as a premium advertising medium.”

Flixel recently partnered with the Primetime Emmy Awards to create a series of 13 living photos leading up to the event, which included cinemagraphs of this year’s host Andy Samberg, as well as cinemagraphs from past events.

Flixel has an in-house production group called Flixel Studios that creates custom cinemagraph campaigns for partners like the Emmy Awards. .

Flixel is also a silver sponsor at this year’s Adobe MAX conference and will showcase Cinemagraph Pro to 6,000 creatives in Los Angeles, where attendees will have the chance to have their own cinemagraph created which can be used on Facebook’s new Video Profiles.