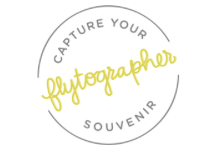 Flytographer, a photography service that connects travelers with local photographers in the places they are visiting, has raised a seed round.

The financing, valued at $650,000, hails from nine angel investors based in BC.

The funds will be used to “grow the international Flytographer team, increase awareness for the company’s innovative services, and further drive client acquisition,” according to the Victoria-based startup.

Founded in 2013 by former Microsoft marketing consultant Nicole Smith, Flytographer is a travel photography service that specializes in capturing family vacations, wedding proposals, etc. In two years, Smith has built a worldwide network of 230 photographers in 130 destinations, offering photography packages ranging from $250 to $500 for shoots up to 90 minutes.

Smith, came up with the idea while reuniting with her best friend for a girls’ weekend in Paris in 2011. After trying to take numerous “selfies” and asking strangers to capture a moment while passing by, the two met with a local friend who agreed to document their day as they wandered through the picturesque Paris streets. That’s when Nicole first saw the opportunity to launch the innovative idea that would become Flytographer just a couple of years later.

“The fresh backing from our angel investors is evidence of Flytographer’s rapid success and future growth potential,” said Nicole Smith, Founder and President of Flytographer. “With their investment we are confident we can continue to increase our international presence, photographer network, and customer base.”