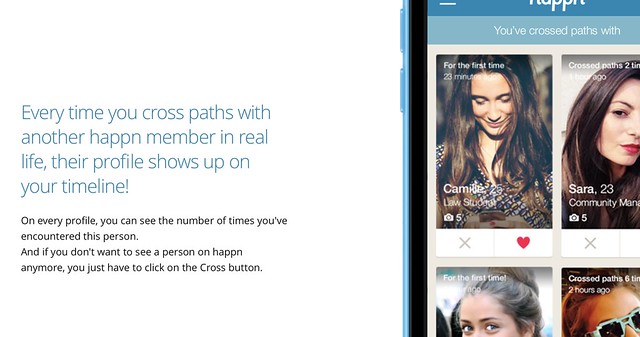 Happn has launched in Canada.

With nine million users in 35 cities around the world, the young Paris-born recently raised a $14 million Series B round to expand into new markets.

“Since launching last year, Happn has experienced amazing growth around the world; the enthusiasm and adoption has been phenomenal,” said Didier Rappaport, Founder and CEO of Happn.

“We are constantly expanding into more cities around the world, following demand in many cases, so we are thrilled to finally be present throughout Canada. We hope that users in Canada will enjoy using Happn to meet those they’ve crossed paths with in their everyday lives.”

Happn brings the idea of dating back into the real world by offering people a second chance at a missed opportunity. The app lets users “seize everyday coincidences, avoid missed connections, and take advantage of paths crossed in real-life.”