Autonomous driving technologies aim to revolutionize the automotive industry with a promise to improve vehicle safety and reduce accidents. But what is the monetary impact of this on GDP?

“This research has two facets to it, on the one hand there is the amount of money which we spend on accidents each year, which in itself is interesting,” says Lucile Michaut, head of GPS. “Then you realize how many of these accidents could be avoided with new driverless technology.” 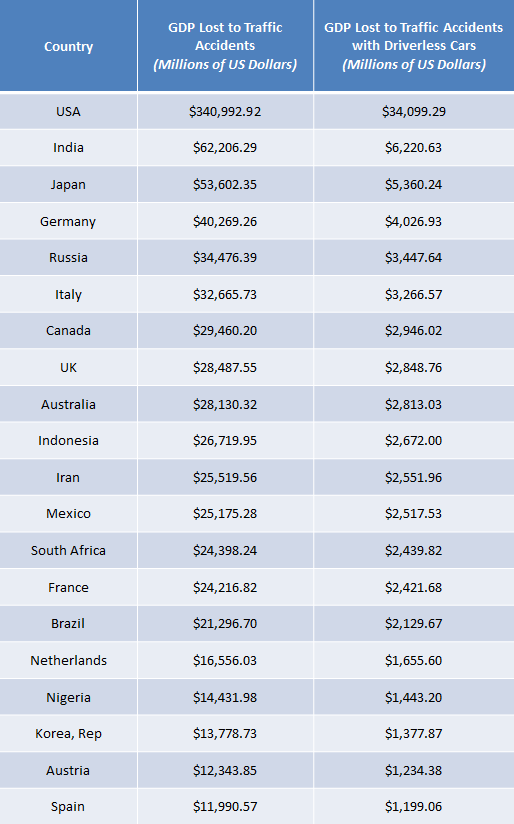 “Governments will never spend on investing in things like this unless there is concrete evidence, but here we have proved there are strong economic reasons to invest in driverless technology, as well as the obvious improvement to public safety,” said Michaut.