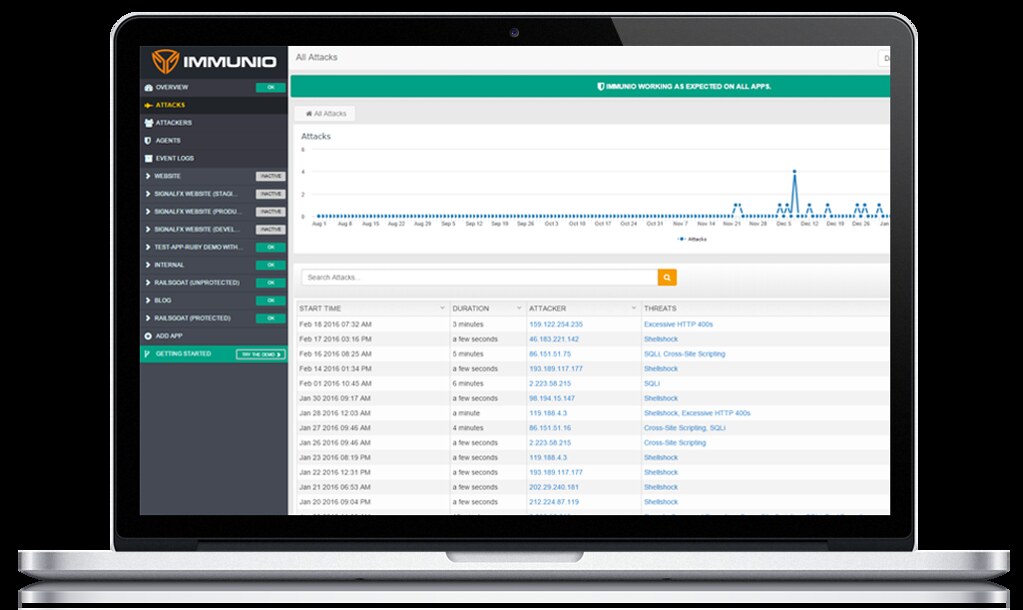 Immunio has raised a Series A round.

The round, worth $5 million, will be used to accelerate growth. The capital was raised from White Star Capital and previous investors.

Based in Montreal, Immunio technology allows companies to release software into production efficiently, knowing that applications will be “immune” to exploitation.

“We are bringing to market a solution that is redefining how we think about web application security and have already seen significant traction,” said Zaid Al Hamami, CEO. “Cloud has brought such incredible advancements in the speed at which we build applications, and with hundreds of millions of applications on the web today, a huge portion are vulnerable.”

Gartner reports that by 2019, enterprises will spend over $1.2 billion on application security, doubling the $600 million spent in 2014. The firm also notes that by 2018, the need to prevent data breaches from public clouds will drive 20 percent of organizations to develop data security governance programs.

Immunio has now raised a total of $8.3 million.