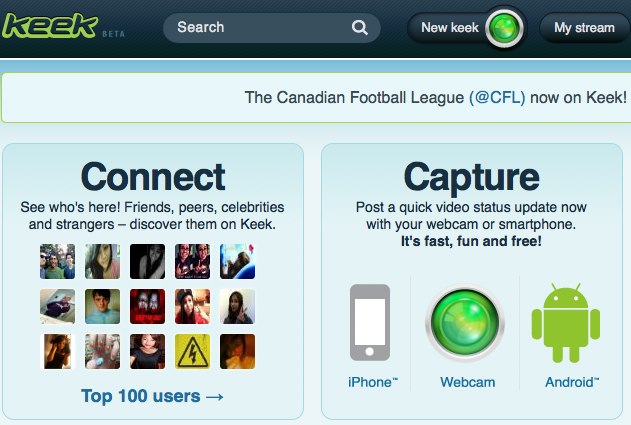 The video-blogging platform raised the funds from AGF Investments, Pinetree Capital, and Plazacorp Ventures, with some additional participation from Toronto’s Cranson Capital, who led Keek’s previous financing round.

Keek is adding 200,000 new users per day now, the Canadian company stated recently. Several celebrities use Keek, including Adam Lambert and most of the Kardashians. The company now has 40 employees.

Keek was founded by  Isaac Raichyk founded early 2011, though the website didn’t go live until July of that year.