Let Canada’s best and brightest tech companies pitch to you at Techfest Montreal.

It has been five years since Profit Magazine named Shopify ‘Canada’s Smartest Company’ and considering what the Ottawa giant has accomplished since then, we’re confident they’ve added more IQ points since then.

The company went public in 2015, marking Canada’s most significant tech IPO in years.

What’s behind the company’s astounding, sustained success? The same key ingredient as any successful company: top talent–and you could be the next hire for one of Canada’s smartest companies at the premier recruiting event for tech careers: Techfest Montreal on May 4, 2017.

Techfest is a unique recruiting event that connects the hottest hiring companies with top talent in major cities across North America. Throughout the evening, hiring company executives pitch a crowd of potential employees at varying seniority levels on why they’re the best employer in the room—it’s a night of delicious drinks, fabulous food, and next-level networking.

And Shopify is just one of several amazing companies that will be pitching to you at Techfect Montreal on Thursday, May 4th:

Breather creates and curates a network of beautiful, on-demand private spaces that anyone can reserve and access via through web and mobile apps. This venture-backed team is growing fast with big ambitions and they want your help.

Bus.com is building the future of group travel, enabling event organizers to move large groups of people to their destinations with ease. This team is disrupting the charter bus industry at a blistering pace by shifting it online and bringing people together through curated experiences. Over the past year, they have moved hundreds of thousands of passengers to music festivals, universities and sports teams across North America and they are hiring for several Montreal-based roles to move even faster.

eSignLive is an electronic signature solution that allows its customers to securely sign documents using a phone or tablet. Acquired by Vasco in 2015 for over $100 million, eSignLive is the most widely used e-signature solution and as such it is one of the fastest growing IT companies in Montreal. 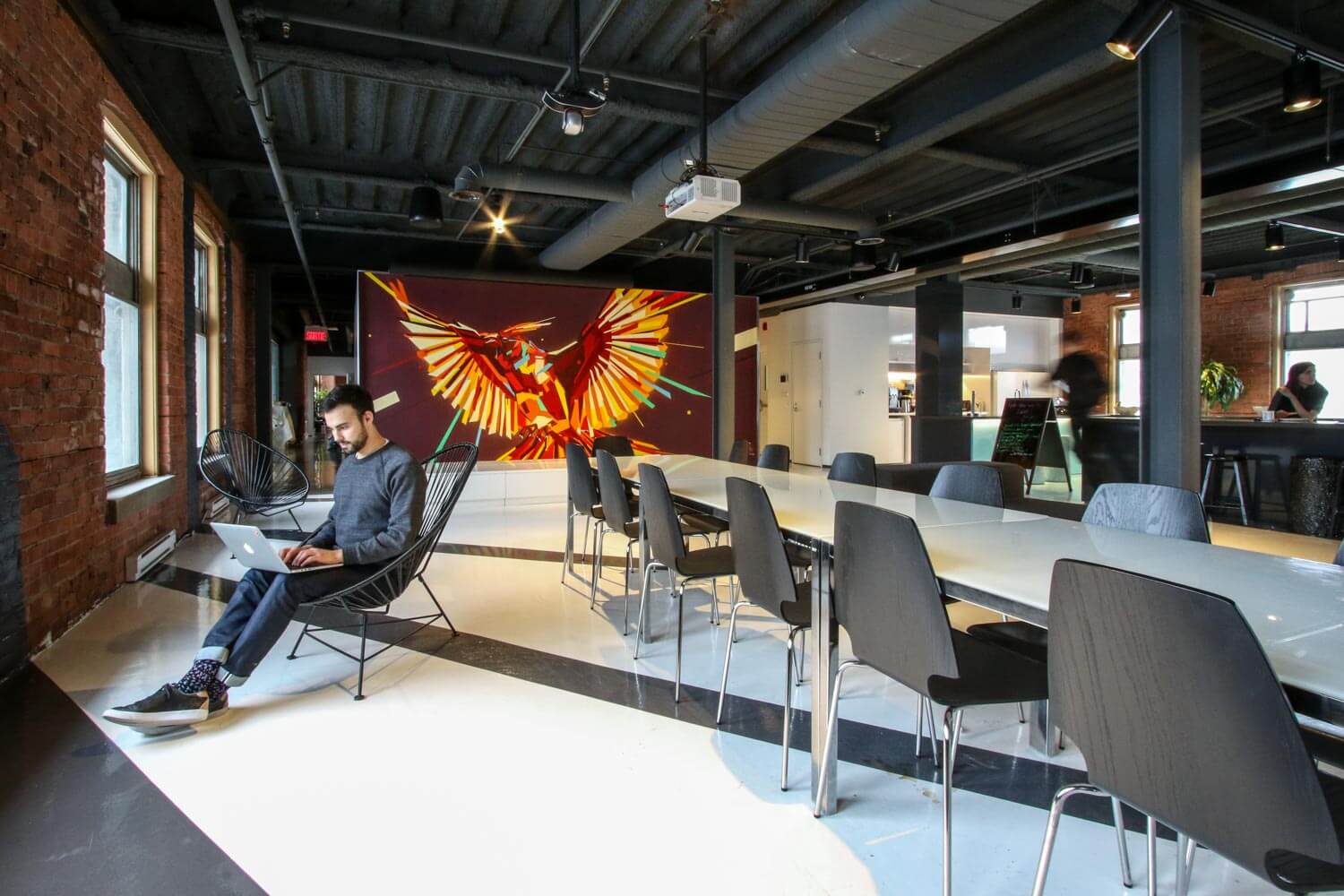 A true local, Lightspeed is founded and headquartered in Montreal and has grown from four to 560 global staffers who provide omni-channel cloud software powering over 40,000 businesses in 100 countries. Oh and their office is basically a remodelled castle. 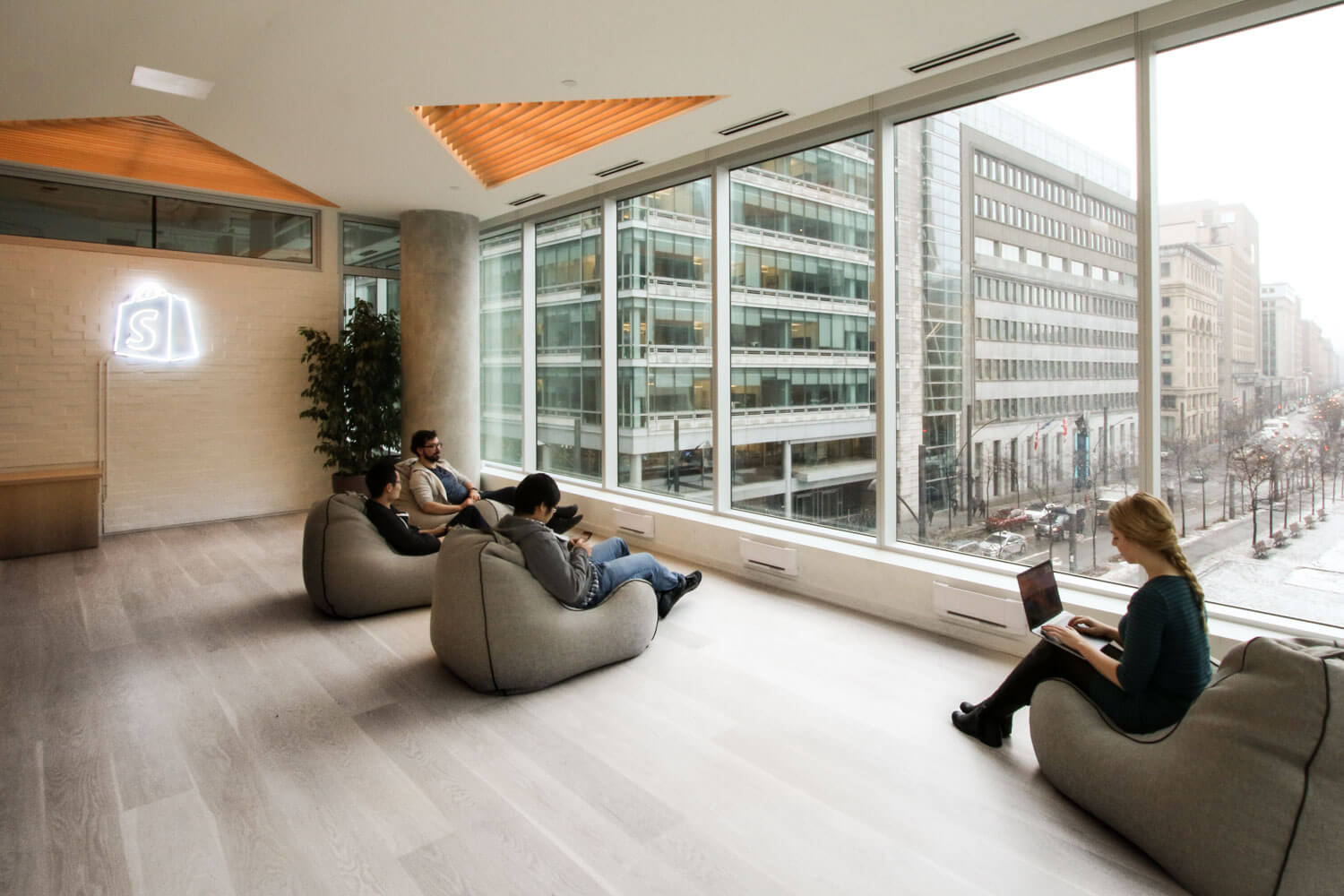 Shopify is an e-commerce titan that has continued to grow and dazzle the global tech community with innovation that empowers entrepreneurs and a work culture that is second-to-none. Check out their amazing Montreal office here.

Founded in 2003, Shutterstock is global company headquartered in NYC that has created the largest and most vibrant two-sided marketplace for creative professionals to license images, videos and music. Their team is global and so is their reach.

Founded in 1993, Sid Lee is a creative services agency with 600 people working from offices in Montreal, Toronto, New York, Paris, and LA. The agency offers services in the fields of branding, digital and social marketing, advertising, analytics, architecture and retail design, branded content and entertainment. They’re also the creator and curator of the global C2MTL Innovation conference.

This Montreal based online retailer sells clothing internationally. Known for its selection of over 150 brands including Givenchy, Rick Owens, Alexander Wang, Saint Laurent, Kenzo and Mugler, SSENSE is currently one of the 50 fastest growing companies in Canada. Whether its style or technology, innovation is the top priority at SSENSE.

SweetIQ is a fast growing, venture-backed startup, born and bred in Montreal. Leaders in local search and analytics markets, SweetIQ powers some of the most recognizable brands across North America. With offices also in Los Angeles and Chicago, SweetIQ’s culture is focused on empowering people to do their best work, to succeed and have an amazing time doing it.

TrackTik’s mission is to develop & provide innovative SaaS solutions to help organizations worldwide compete and succeed in their industry. They have created a workplace of enjoyment, flexibility and constant contribution in a fun environment. They believe that engaged employees bring everything they have to work every day to make a difference and drive the success of our clients. If you are motivated to make a difference and thrive on teamwork, creativity and problem solving, TrackTik is the spot for you. 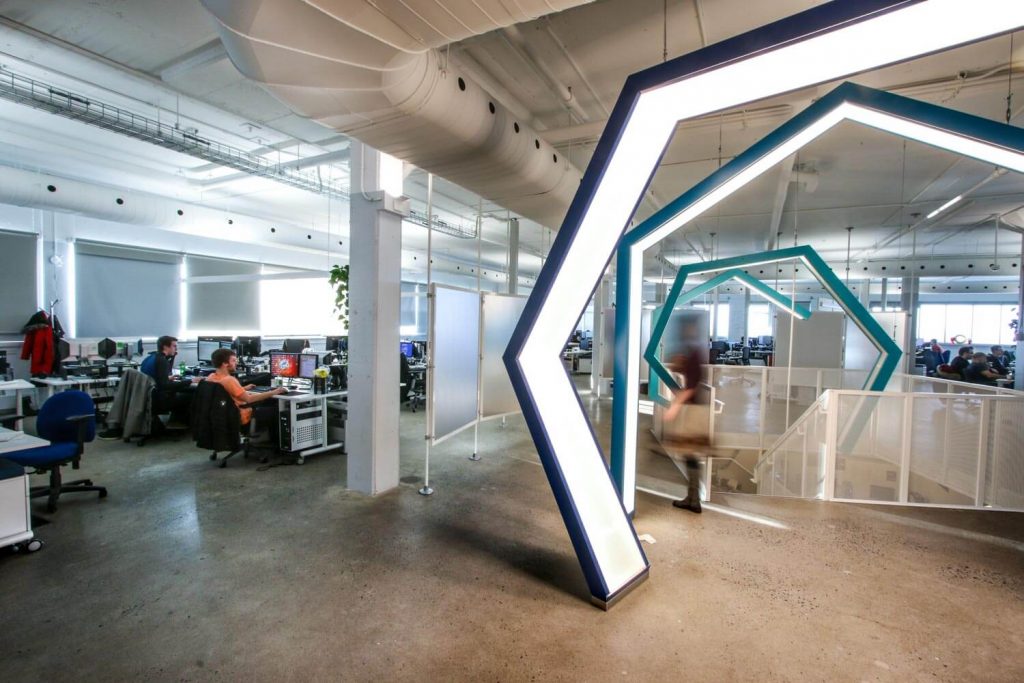 Committed to enriching players’ lives with original & memorable entertainment experiences, Ubisoft is on of the world’s leading game creators. With more than 3,000 employees in Montreal alone, Ubisoft as an authority in the gaming community and offers the one of the best work cultures in the industry. Check out their Killer Montreal Office.

Since 2009, Unbounce has helped marketers and digital agencies increase website and campaign conversions through their platform that allows marketers to quickly create, launch and test high-converting landing pages and website overlays without developers.

Techfest Montreal is taking place on Thursday May 4th at the Montreal Science Centre. Tickets start at just $20 and include a drink, delectable appetizers and a chance to show what you’ve got! As always, space is limited and these events sell out, so secure your spot now.

Are you an employer that would like to participate in Techfest Montreal now or in the future? Please reach out: contact@techvibes.com