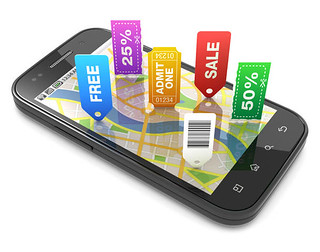 New research from PayPal and Ipsos shows that mobile commerce is growing at more than double the rate of overall e-commerce in Canada.

This growth presents opportunities for Canadian retailers, as mobile commerce spend had already reached $3.45 billion in 2013 – a number which is predicted to grow by 142 per cent next year.

“We are at the dawn of a mobile-first era,” said Alexander Peh, head of mobile and market development at PayPal Canada. “At PayPal, we’ve seen our mobile growth rise from less than one per cent of our payment volume in 2010 to more than 20 per cent in 2014.”

According to the research released today, a fifth (19%) of online shoppers surveyed report having purchased from their smartphone in the past 12 months, and 15 per cent reported making a purchase from an Internet-enabled tablet.

Millennials are the primary driving force behind the surge in smartphone commerce with more than half (52%) of smartphone shoppers between 18-34 years old. This same age group accounts for only 31 per cent of total online shoppers, which highlights the need for smart mobile e-commerce solutions for a forward thinking retailer.