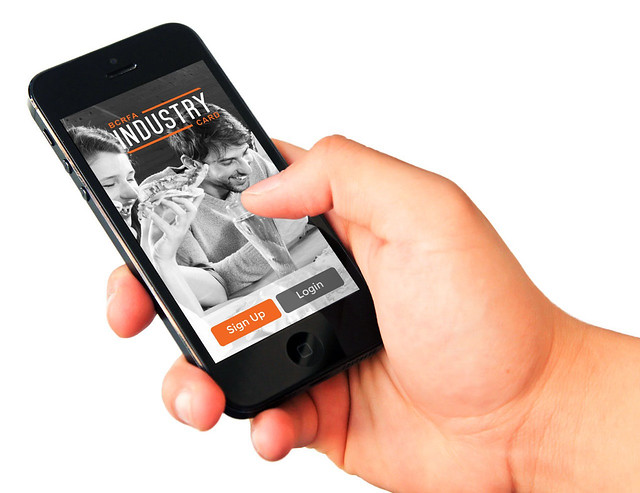 At a BCRFA event held last night in Vancouver, Ian Tostenson, President and CEO of the BCRFA, announced the launch of the “Industry Card” app and program, which will be live in Metro Vancouver this November. The innovative smartphone app will provide VIP perks and discounts to workers in the industry.

In Metro Vancouver, the restaurant and foodservices industry employs over 100,000 people in about 6,000 businesses.

Commissioned by the BCRFA and developed and operated by PayWith, the app will allow servers, hostesses, chefs, cooks, kitchen workers, bartenders and managers to enjoy exclusive perks and discounts at popular bars, nightclubs, restaurants and entertainment venues. High-profile retailers will be added to the program as enrolment grows.

“The aim of the BCRFA Industry Card is to use mobile payments and rewards technology on an “intra-industry” basis to build sales and help make working in the restaurant and food service sector more appealing,” says Tostenson. “At the same time, we are exposing our workers to the rapidly growing mobile payments and rewards space which is becoming an important aspect of restaurant marketing.”

To participate in the rewards program any BCRFA member restaurant simply registers their organization online and then enrols their employees by name and cell phone number. Industry Card holders are cross-checked against restaurant employment files to verify their status. Restaurants that do not belong to the BCFRA can also arrange to participate in the program.

“Given the overall cost of business in the sector, there are limited benefits which a restaurant operator can offer to staff,” says Tostenson. “This program is completely free for the operator and yet provides incentives to employees, who will save anywhere from 10 to 50 per cent on their purchases at participating merchants, in addition to instant perks such as skipping line-ups at clubs and bars.”

Daniel Frankel, president of Daniel Group and Tap & Barrel Restaurants, is one of the City’s first major restaurateurs to embrace the program. “The Industry Card is a welcome, progressive initiative that’s going to help restaurants like Tap & Barrel present added rewards to employees in a way previously not possible. It also exposes our brand to workers across the industry, which is great for building our business.”

Besides the Tap and Barrel, other restaurants endorsing the BCRFA’s mobile reward program include the Old Spaghetti Factory chain, Hub Restaurants, Bar 1181, and Fresh Bowl.

In addition to enrolling employees, participating restaurants can also place their own discount offers or instant VIP rewards into the app, which will then be presented exclusively to all Industry Card members. Retailers outside of the food and hospitality industry can also offer instant VIP perks and discounts to Industry Card holders.