Update: “Mr. Spracklin’s allegations and his company’s filed but unserved claim is meritless,” a rep from Invoke told Techvibes. Invoke says it plans to countersue Spracklin and Pixsel.

“Pixsel owes Invoke money for services that Invoke provided and has never been paid for,” Invoke stated. Documents obtained by Techvibes suggest this to be accurate.

“We are baffled by the inclusion of Quietly and [Dario Meli, CEO],” Invoke concluded. “They have no meaningful involvement in any of this.” 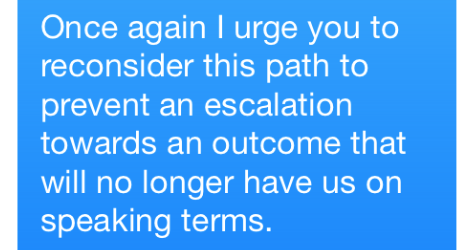 A Vancouver startup is suing a local incubator.

Pixsel, a company created to challenge Ebay and Craigslist with an online marketplace, is suing Invoke Labs, a Vancouver-based startup incubator which allegedly stole his code to launch a competitor.

Troy Spracklin, the founder of Pixsel, claims that Quietly Media, an app incubated at Invoke, is based on his company.

Details of the lawsuit, obtained by Techvibes, show that Pixsel is seeking an injunction that would restrrain Invoke from using or disclosing intellectual property or confidential information related to the company, as well as various damages.

According to the court filing, Invoke missed five significant deadlines in 2013, leading to the late launch of a half-baked product. And later, when Invoke received an investment from Glacier Media, no money was allocated to the development of Pixsel, as promised in a contract, Spracklin alleges. 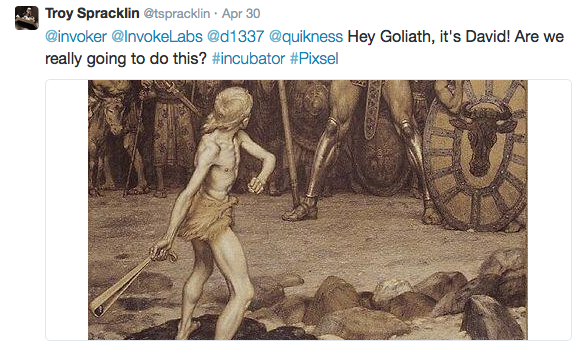 Spracklin last year published several tweets, including text messages with members of Invoke, as well as a string of David-versus-Goliath-themed tweets, including asking Invoke on Twitter, “are we really going to do this?” and posting a photo of David before Goliath.

None of the allegations has been proven in court.