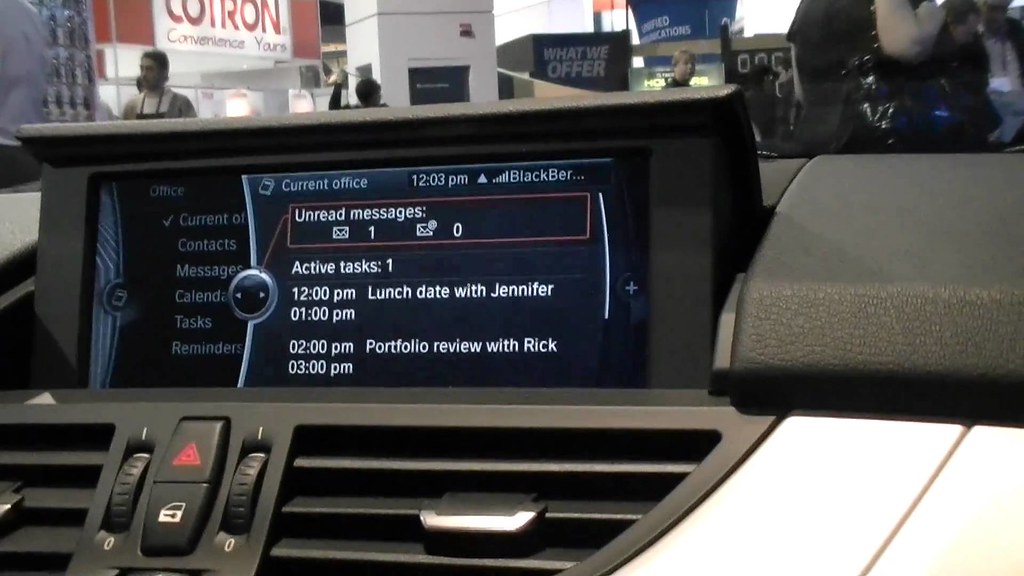 BlackBerry acquired QNX Systems in 2010. Back then, it was still called Research In Motion. A lot has changed since then, including the name.

One thing that has not changed, though, is QNX’s impressive marketshare of the automboile industry’s “infotainment” space—you know, all the new-fangled, problematic interfaces most new cars come with these days. QNX, born in Ottawa in the ’80s by two University of Waterloo, owns more than half the market. And it’s a fast-growing one, too.

QNX isn’t a massive part of BlackBerry’s overall revenue—around 3% to 5%, according to some estimates—but the automobile industry is half of QNX’s revenue. Which is why it’s a little wary of the sudden appearance of Google’s Android platform in motor vehicles today.

The connected-car market is expected to be worth more than $50 billion by 2015, according to a 2013 forecast from the GSM Association of mobile operators, which is more than triple its value today. That’s a big opportunity for QNX—and its competitors, which includes not only Google, but also Apple, the world’s most valuable company.

Car brands using QNX range from the entry-level, such as Honda and Toyota, to luxury, including BMW and Mercedes-Benz. More than 50 million vehicles worldwide have their infotainment systems powered by QNX.

Currently QNX is widely considered to the best in the business. But for how long? Experts suggest the Canadian company will continue to lead the market for at least a few more years, but mounting competition will inevitably erode QNX’s lead. Android is likely the firm’s biggest thread for the foreseeable future, followed by Linux. And of course there’s always the possible threat of a startup leaping in and disrupting everything.

While QNX may have cause for worry, consumers should celebrate: more competition will drive more innovation, and the end result will be infotainment systems in cars that finally don’t suck.